What is Acute Stress Disorder? Causes, Symptoms and Treatment 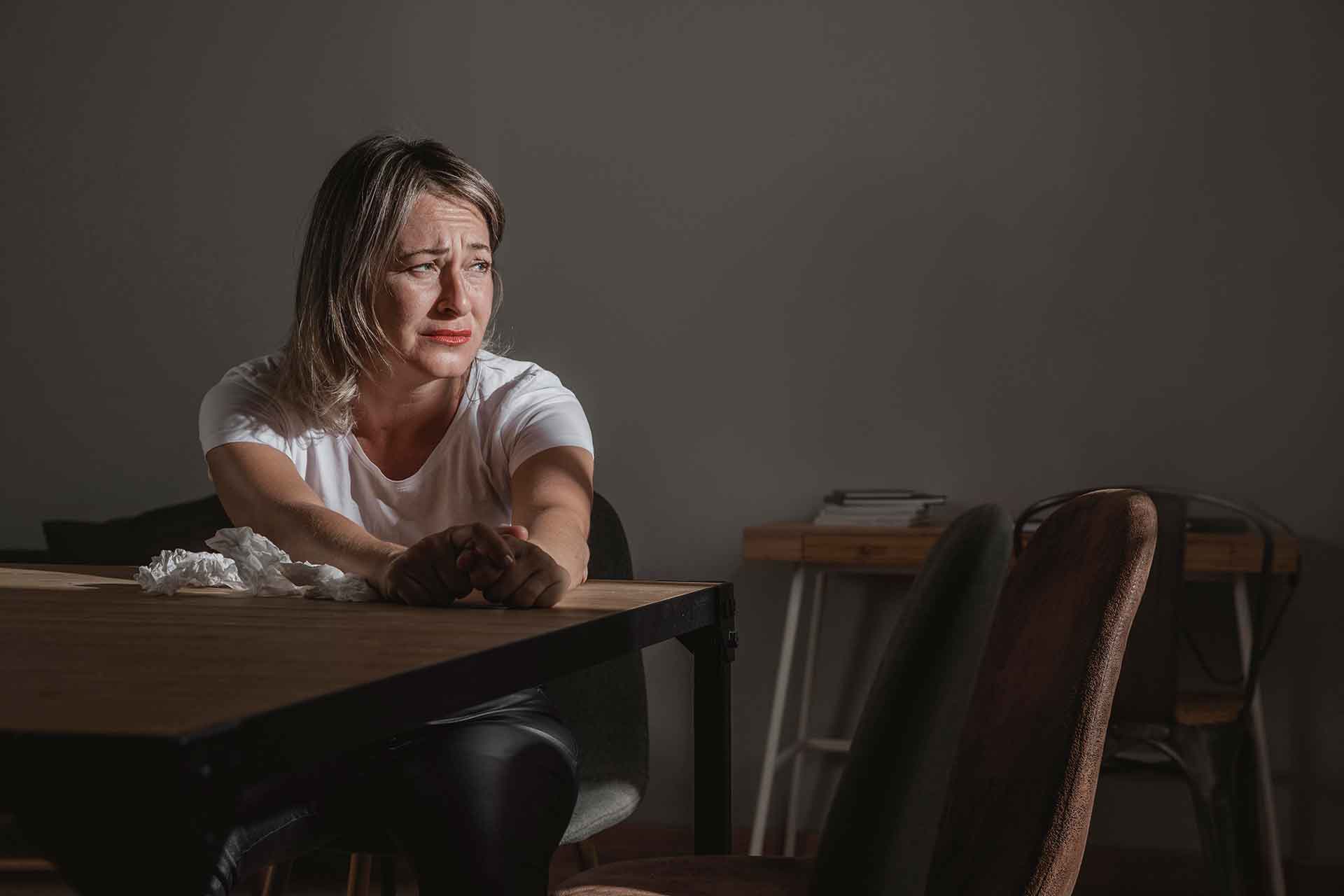 Acute stress disorder is a short-term condition that occurs right after an intensely traumatic event.

It’s a relatively newer form of diagnosis first mentioned in the fourth edition of the Diagnostic & Statistical Manual of Mental Disorders (DSM- IV) (1). However, despite being a novel disorder, the prevalence rate of ASD is 5-20 %. (2)

ASD may show up within three days just after a harrowing event and may persist for up to a month. Such terrifying events may include war, death of a loved one, death threat to oneself or a loved one, or a fear of a massive loss.

As humans, almost everyone goes through at least one extremely distressing event at some point in life (4). However, the way people process such agonizing scenarios varies greatly in everyone.

While some people have control over their negative emotions, most can’t really plug their negative thoughts. As a result, a few of them often develop PTSD, which is an even worse mental disorder followed by a terrifying event (5).

Individuals with a previous history of ASD, PTSD, or other mental health disorders are at higher risk of developing ASD after enduring a traumatic situation.

Acute stress disorder usually subsides on its own and doesn’t require intense treatments; however, if left untreated may progress into much worse complications.

In DSM-V, many changes were adopted regarding the diagnosis of acute stress disorder. As per DSM- V, dissociative symptoms are no longer a diagnostic measure to determine ASD, and it’s moved from the category of anxiety disorders to trauma and stress-related disorders (6).

Even though the ASD symptoms are closely related to those of PTSD, ASD is a whole different disorder. It was discovered in an attempt to explain acute stress reactions that were formerly treated as adjustment disorder (7).

While the symptoms of PTSD and ASD seem to share a close similarity, there are notable differences between both of them (8–9–10).

The symptoms of acute stress disorder typically appear within three days of the incident, which may persist for as long as 30 days. Anything more than 30 days is undeviatingly sent for PTSD assessment.

General physical symptoms experienced by a person experiencing ASD include:

Physical symptoms might melt away in a matter of a few minutes, hours, or days. However, with that being said, some signs may continue for weeks (11).

Psychological symptoms are diverse and have significant long-lasting repercussions on the person. Below are discussed five main categories proposed by DSM-5.

For example, a person with ASD may manifest the following symptoms in (12–13–14). 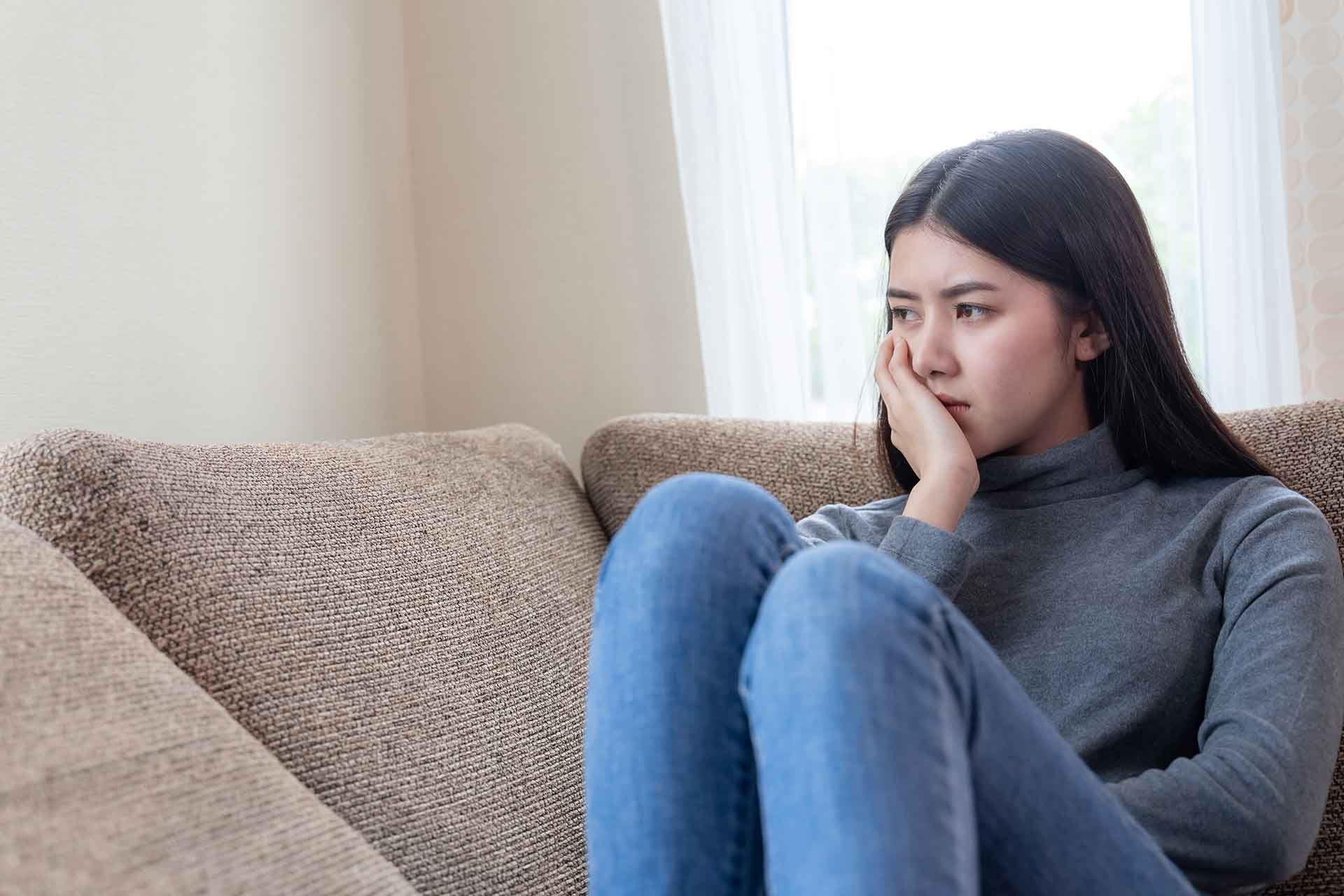 Psychological symptoms of feeling disengaged from the outer world are known as dissociative symptoms. A person with acute stress disorder might experiences two or more of the following symptoms. 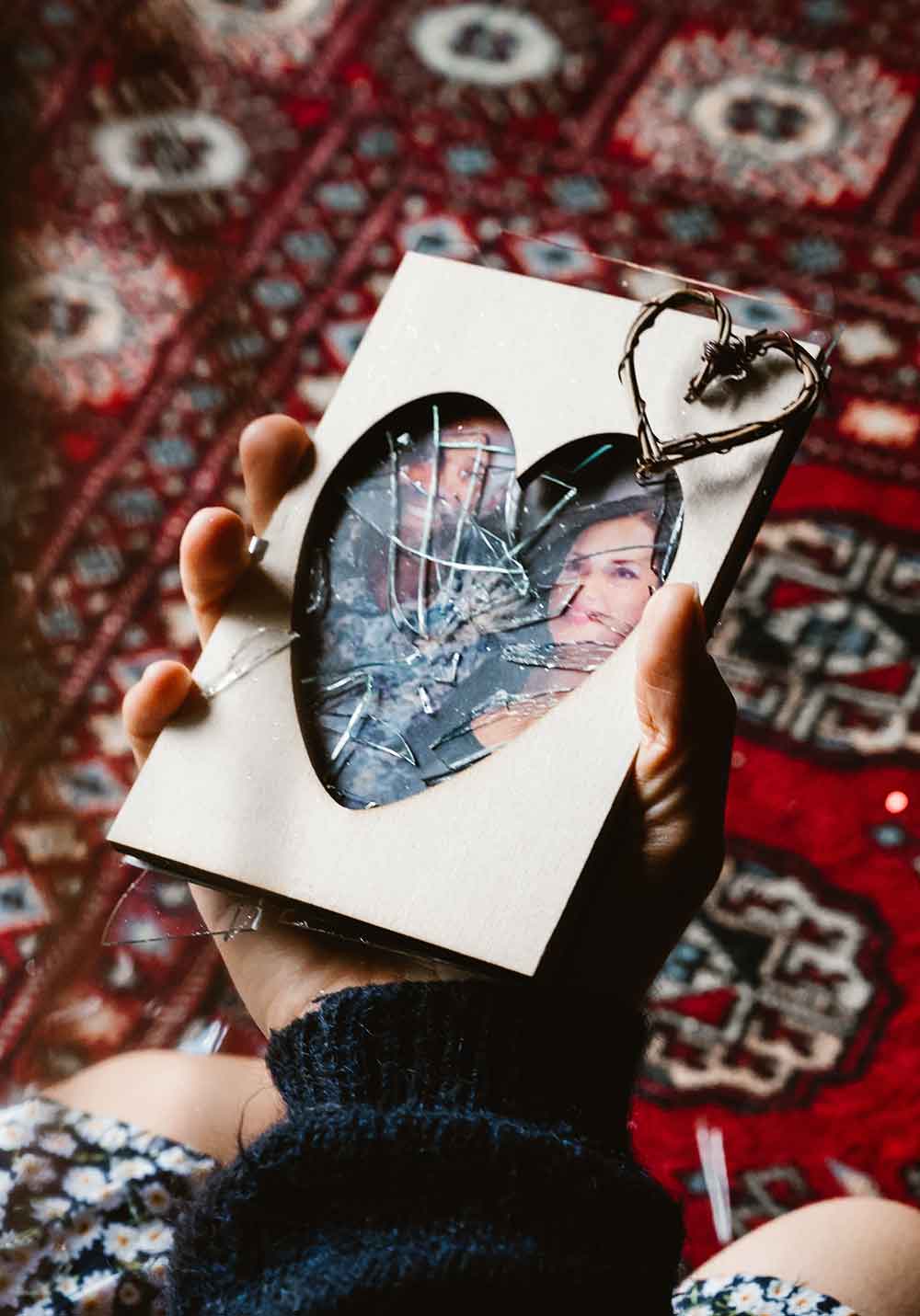 Sometimes referred to as intrusive symptoms, these psychological markers make a person revisit the frightful event over and over again.

All psychological symptoms are interlinked with each other in one way or the other. Avoidance happens when the person tries to refrain from re-experiencing the tragic incident upon confronting certain people, places, etc.

Anything that would potentially trigger the patient to re-live the trauma is most likely avoided by him/her. For instance:

An ASD individual frequently experiences extreme symptoms of arousal and anxiety during the first few weeks after a tragedy. Chief signs include:

As previously said, all symptoms of ASD are closely related to each other. Feeling of distress is also one of the interlinked symptoms stemming from anxiety, depression, inability to focus, etc.

Trauma gets the person in such a way that he can’t concentrate on work, family, friends, and other mattering stuff. As a result, ASD leads to a disturbing social and professional life. 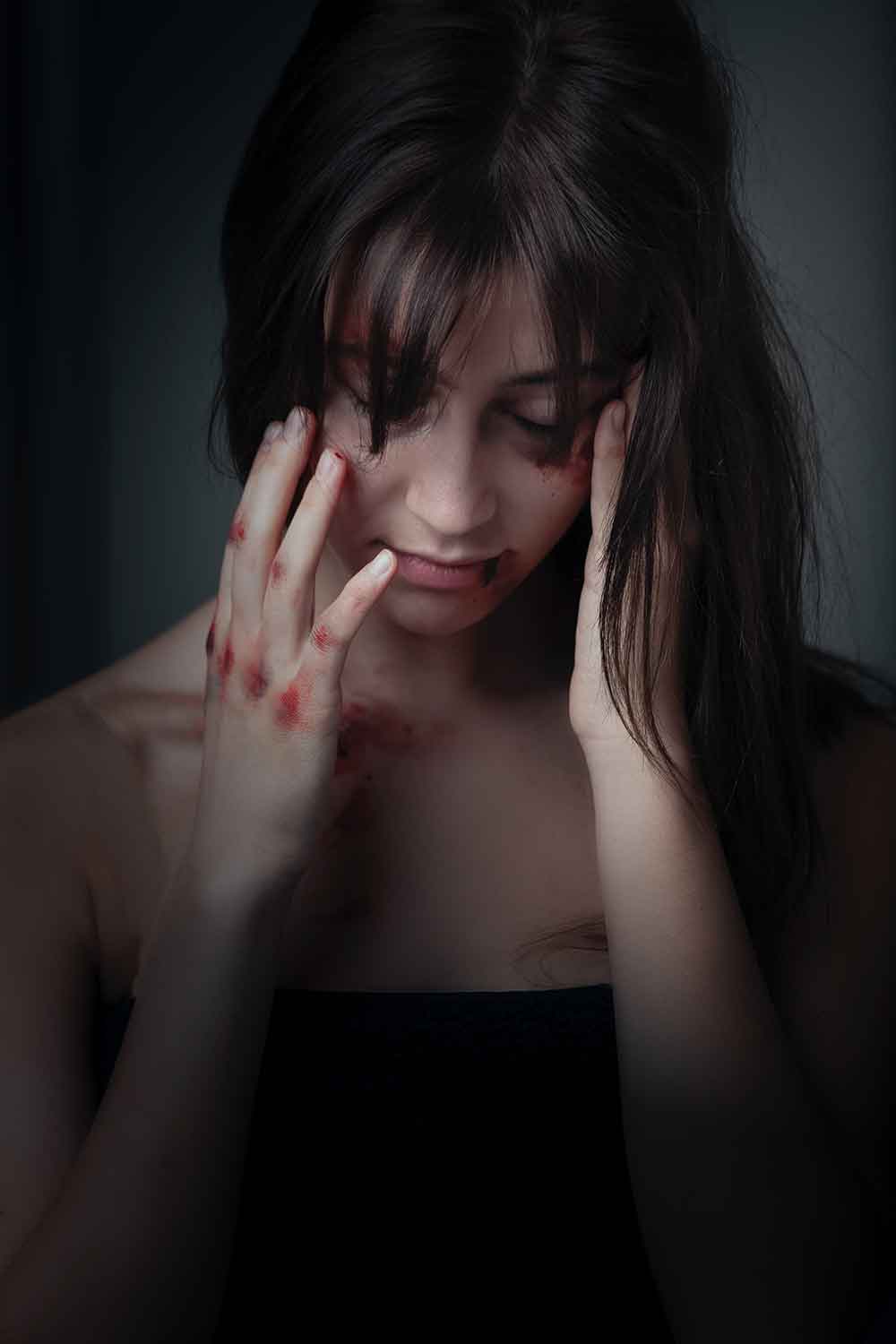 The typical cause of developing acute stress disorder is surviving a life-threatening or deeply heartrending event. Anyone can develop ASD regardless of age, gender, demographics, past history, etc.

However, women and people with a previous history of mental disorders are more likely to suffer from ASD following an unpleasant event.

Below are mentioned some possible triggers to acute stress disorder (15–16):

A few factors that put you at the risk of developing acute stress disorder upon encountering a distressful situation might include (17–18):

The diagnosis of acute stress disorder is based on the symptoms a person might have been experiencing for three or more days past a horrific incident.

Bearing in mind that ASD cannot be self-diagnosed, the patient must seek professional help instead of dwelling over a self-perceived diagnosis.

Diagnosing ASD is based more on objective analysis of symptoms than subjective ones. Upon visiting the doctor, the affected person is examined both physically and psychologically by the healthcare practitioner. The doctors follow DSM-5 criteria for diagnosing ASD.

The American psychiatric association published the diagnostic and statistical manual of mental disorder edition 5 in 2013.

For the diagnosis of acute stress disorder, doctors refer to DSM-5 criteria of inclusion, which is comprised of the following (19):

As initially stated, acute stress disorder is a temporary condition that usually gets wiped out within a month, and intense treatment is not needed.

That being said, situations where the symptoms seem to persist or worsen entail the need for effective therapeutic strategies.

Psychotherapy is the first choice for the treatment of ASD and sometimes needs to be incorporated with medication. Persisting symptoms require immediate clinical intervention before ASD grows into PTSD (20–21).

With proven efficacy against acute stress disorder, TF-CBT helps reduce the likelihood of it growing into PTSD. 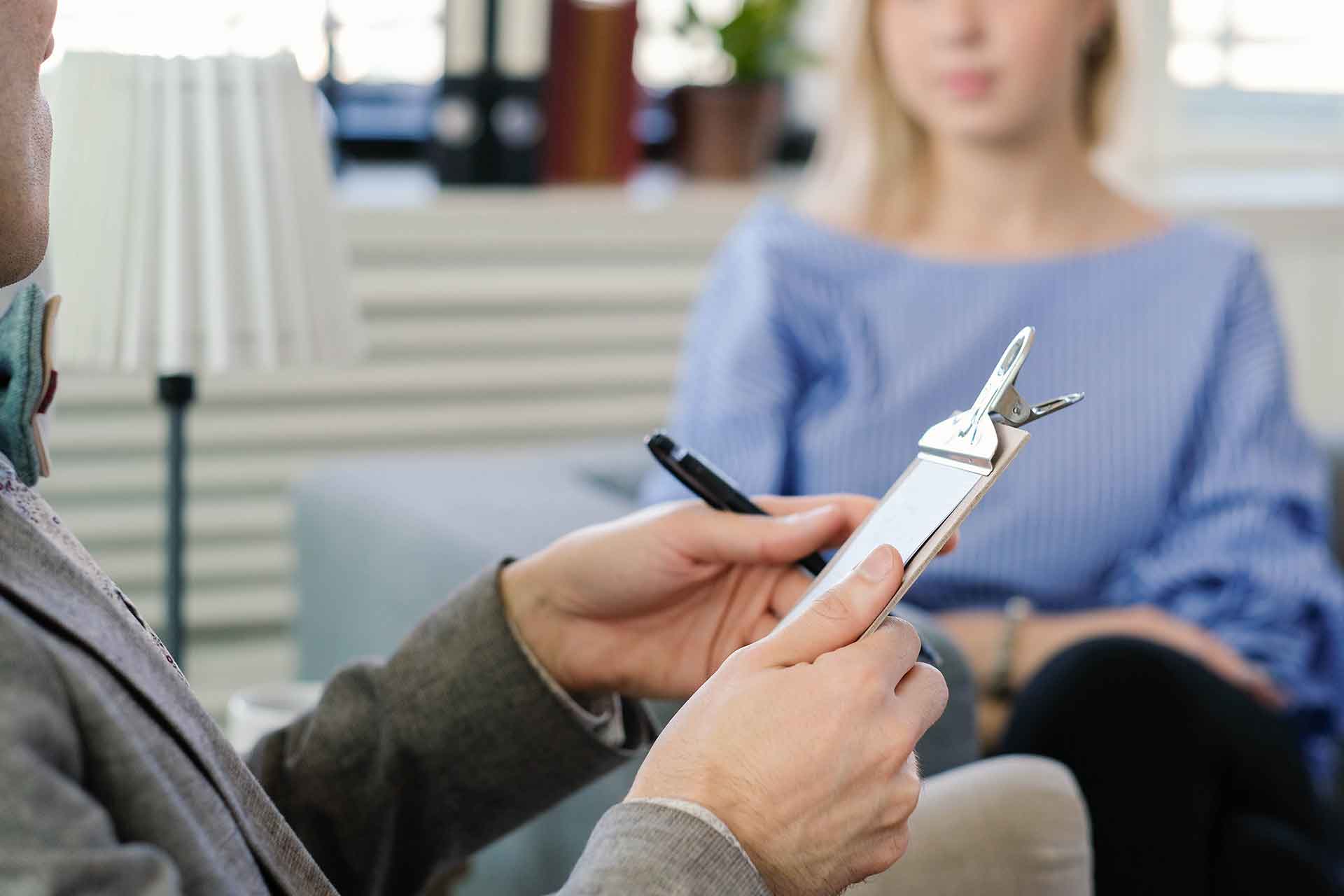 TF-CBT is a short-term psychotherapy that generally comprises 10-16 sessions since 80% of patients show improvement in their symptoms with the course of this therapy (22).

Furthermore, through tactful implications of TF-CBT, your psychotherapist will inculcate healthy ways in you to cope with your negative sentiments.

In other words, with successful TF-CBT sessions, the affected person becomes able to control his negative emotions linked with a traumatic event.

Even though, not recommended as a first choice for the treatment of ASD, medications in mild to moderate doses can be used for extreme arousal or anxiety symptoms.

For example, medicines like benzodiazepine (BDZ) are used to mitigate the symptoms of unreasonable anxiety. However, BDZ carry the risk of dependence; therefore, dose management is essential while using BDZ.

Your psychotherapist might add beta-blockers to supplement your therapy. Beta-blockers tend to reduce the physical symptoms of acute stress disorder (23).

How to care for someone with Acute Stress Disorder

Acute stress disorder can be equally excruciating for a loved one who witnesses you going through it. While ASD is a short-term condition and fades away with time, supporting the sufferer quickens the healing process.

If someone you love has recently survived a trauma, the chances of him/her being at the risk of ASD are higher. Make sure you are doing the following to help them recover.

Encourage them to take therapy

The best thing you can do to get an ASD patient back to life is to educate them on receiving psychotherapy. Make them realize they have to walk with the world sooner or later. The sooner they are out of the trauma, the better it will be for them both socially and professionally.

Accompany them to the therapist

Going to the therapist is the second-best thing you can do; since their rational thought process is badly affected, they cannot take responsible steps. Thus, being a caring supporter, it comes under your willful duty to make sure they are adhering to what their therapist is advising them after sessions.

Supporting someone going through a mental trauma is a matter of great responsibility. Bearing in mind the sufferer’s emotions, you must not dismiss their feelings and force them to stop thinking about a particular event. Despite the fact that having to see your loved one suffer is the most painful feeling, and you want the suffering to cease as soon as possible, you need to be patient.

The symptoms of hypervigilance and arousal in an ASD individual may keep them from sharing their feelings with anyone. You being an immediate supporter, should make them feel comfortable and allow them to open up. That’s exactly how treatment supporters are told to respond.

Educate them about how mindfulness exercises work to relax anxiety and feeling of despair. Try pairing up with them as many times as you conveniently can.

Involve them in physical exercise

Staying physically active efficaciously reduces the signs of overwhelming anxiety by releasing happy hormones, such as serotonin, dopamine, and endorphins. Hence, motivate them to get involved in physical activities.

Encourage them to cut down on unhealthy habits.

It is very much likely for an acute stress disorder patient to adopt unhealthy coping strategies, like, consuming alcohol or substance abuse. For that reason, such patients should be treated with immense caution by the caregivers.

ASD patients are in constant trauma; thus, they tend to miss meals without even realizing it. Thereby, make sure to keep a check on their diet and try adding healthy fruits and proteins to it. Consuming trauma-healing meals benefit significantly in treating trauma patients. Some examples of trauma-healing meals are whole foods, plant proteins, meats, fish, and a high-fiber diet (24).

The most common symptom in acute stress disorder is sleep disturbance which further worsens other ASD symptoms. Help the patient enjoy a sound sleep by supplementing him with melatonin supplements with the permission of their doctor. In addition, dripping diluted lavender oil drops on the pillow help a lot with bettering the sleep.

The patients diagnosed with acute stress disorder often remain restless and anxious. Try establishing a relationship of trust with them so they can turn up to you for any mental and emotional support.

Be calm and courageous to the person living with ASD to help them heal even quicker.

Every time it gets overwhelming, remind yourself of the purpose of your efforts, which is to make your loved one feel safe with you. Be a sound and secure support.

Take care of yourself too

It can be so exhausting looking after someone constantly living in a deplorable state that you may end up defeated at times. So take care of your mental health too, since your wellbeing is as important as your loved one’s.

Tragedies are uninvited! We are often pushed to bear an unexpected emotional burden.

Whether it is the death of someone closer or withstanding a life-threatening scenario, any traumatizing event has the capacity to distort our cognition.

Acute stress disorder is when the cognitive impairment is temporary and generally reverts to normal within a month of experiencing the horrendous event.

If you are diagnosed with ADS, don’t fear it getting worse if you are taking appropriate therapy. Otherwise, book your slot with a trusted psychotherapist who can implement effective psychotherapeutic techniques to alleviate the symptoms of acute stress disorder.

Don’t risk your mental health by ignoring the initial signs of trauma and stress-related disorders.

However, the treatment outcomes are generally quick and effective, and it won’t take more than a few holistic sessions to get your life on track.