Suppose you had ever read about an ailment on the internet and ended up searching for symptoms on Google, then you aren’t the only one. According to a survey, six out of ten persons have looked for health information on the internet in the previous year frequently for a medical problem they believe they have.

When we understand that our ideas are inflated or when we visit a doctor and hear that everything is fine, our worry or panic usually subsides. However, it persists in some people. They may develop an illness anxiety disorder, formerly known as hypochondriasis, a mental health condition.

Illness anxiety disorder patients are so concerned about the possibility of being unwell that it interferes with functioning and quality of life or causes severe discomfort. Patients may or may not experience physical symptoms, but if they do, their primary worry is the consequences of the symptoms rather than the symptoms themselves.

What is illness anxiety disorder?

Illness anxiety disorder is characterized by an overwhelming dread of developing a catastrophic medical disease despite the absence of symptoms. (1)

People with sickness anxiety disorder frequently visit doctors for symptoms they assume are related to a medical condition, or they may mistakenly believe that minor symptoms are more severe than they are.

While there may not be a physical ailment present, people with sickness anxiety disorder have legitimate concerns, and the worry they experience can create substantial disruptions in everyday life.

Illness anxiety disorder is pretty widespread, affecting up to 10% of the adult population. (2) Even when tests or examinations prove they do not have a dangerous ailment, a person feels they have or will acquire a significant or life-threatening sickness, even though they show little to no indications.

A person with an illness anxiety disorder is not faking being unwell; even if they do not display substantial symptoms of the illness, they feel they have. Their sickness is undoubtedly real to them, and they have strong beliefs about it.

Hypochondriasis, or hypochondria, was previously used to describe illness anxiety disorder. Later on, the Diagnostic and Statistical Manual of Mental Disorders dropped it from the newest edition of DSM-5 because it has pejorative connotations and is stigmatizing. (3)

Instead of being labeled with hypochondriasis, most individuals are now diagnosed with the illness anxiety disorder or somatic symptom disorder. 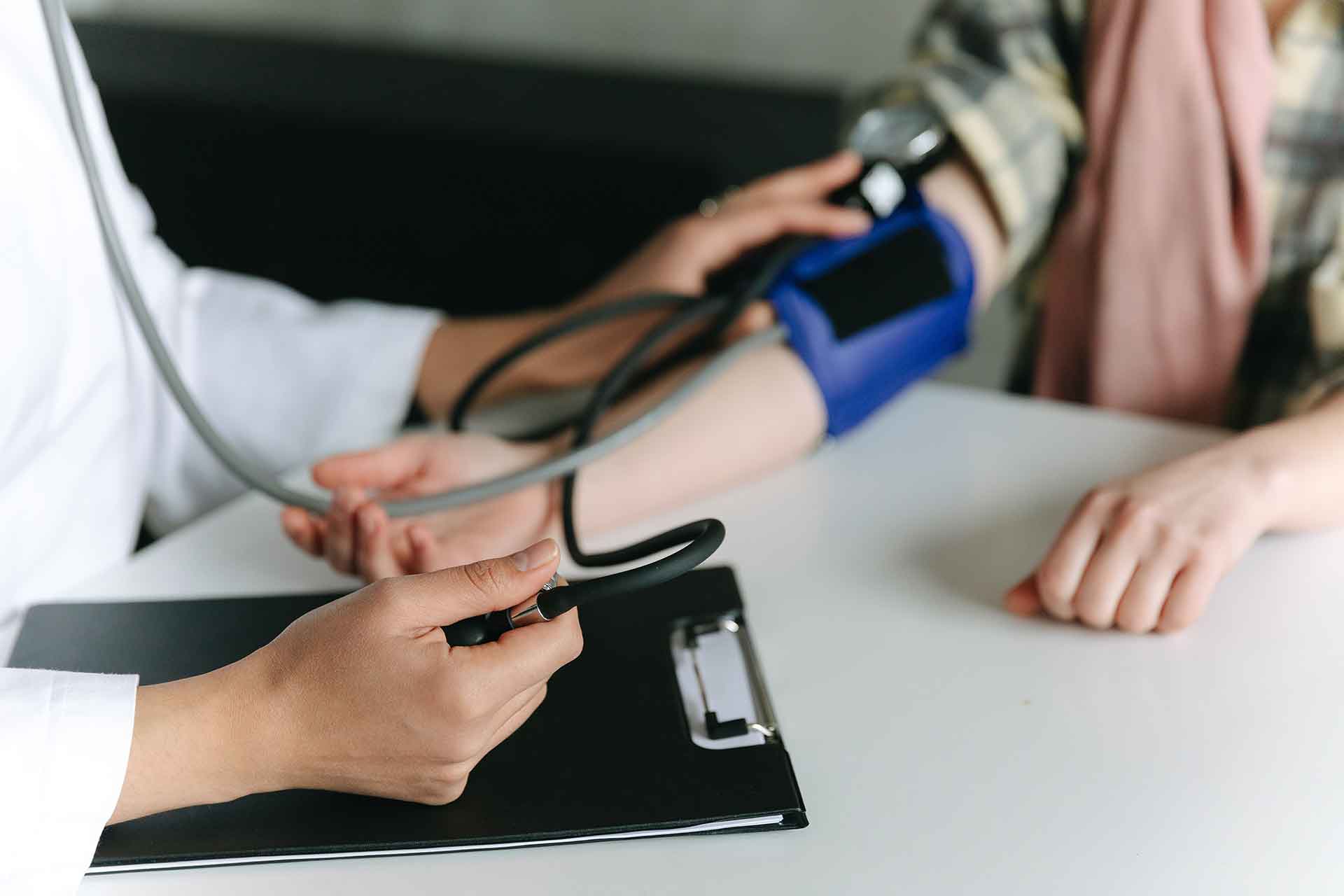 The illness anxiety disorder differs from other anxiety disorders in that the person is unduly concerned about their health and has no or very few clinical symptoms. (5)

They were both parts of the now-defunct word hypochondriasis, which gave rise to the more well-known and slightly pejorative term hypochondriac.

Some people with illness anxiety disorder have a persistent need for reassurance, which falls under the care-seeking category of illness anxiety disorder. Even though tests reveal that everything is fine, people with this kind may see the doctor frequently. (6) They may also constantly complain to friends and family members about their symptoms, undertake many unneeded tests and diagnostic procedures and move from doctor to doctor in search of a diagnosis when prior doctors have been unsuccessful in finding one.

Reassurance that they do not have the ailment they are concerned with may temporarily relieve their anxiety, but the relief does not persist, and the anxiety resumes. (7) Patients with this form of illness anxiety condition may recognize that their fears are excessive, but they refuse to think there is nothing physically wrong with them.

People who suffer from another type of illness anxiety disorder known as the care-avoidant type react oppositely. They may postpone going to the doctor because they fear receiving unpleasant news. They may be hesitant to tell close ones about their concerns because they are terrified of having their suspicions confirmed or feel they will dismiss them.

Patients with this sort experience anxiety over a suspected sickness and about having that condition verified. For fear of mockery or dismissal, they avoid seeing a doctor or healthcare practitioner and may avoid sharing their issues with healthcare providers, loved ones, or others.

It is natural to be concerned about your health, but there is a difference between healthy and debilitating anxiety. Illness anxiety disorder causes intense concern over one’s health, which can cause problems in everyday living.

The following are some of the signs and symptoms that individuals with the illness anxiety disorder could encounter:

It is crucial to remember that other mental illnesses like generalized anxiety disorder (GAD) (9) and obsessive-compulsive disorder (OCD) (10) can also trigger some of these symptoms.

Concern over one’s health does not go away with illness anxiety disorder, even after visiting a doctor and receiving normal results from a medical exam. They typically know that their fears are unfounded, yet they can not seem to shake the feeling that they have caught a dangerous illness.

Some persons with sickness anxiety disorder see the doctor frequently to ensure that they are in good health. Others may avoid going to the doctor entirely because they are afraid of being diagnosed with a severe illness. (11)

As already mentioned, being concerned about changes in your health is natural and healthy. However, if your worry lasts longer than six months and you have proof that you are well, it might indicate illness anxiety disorder. 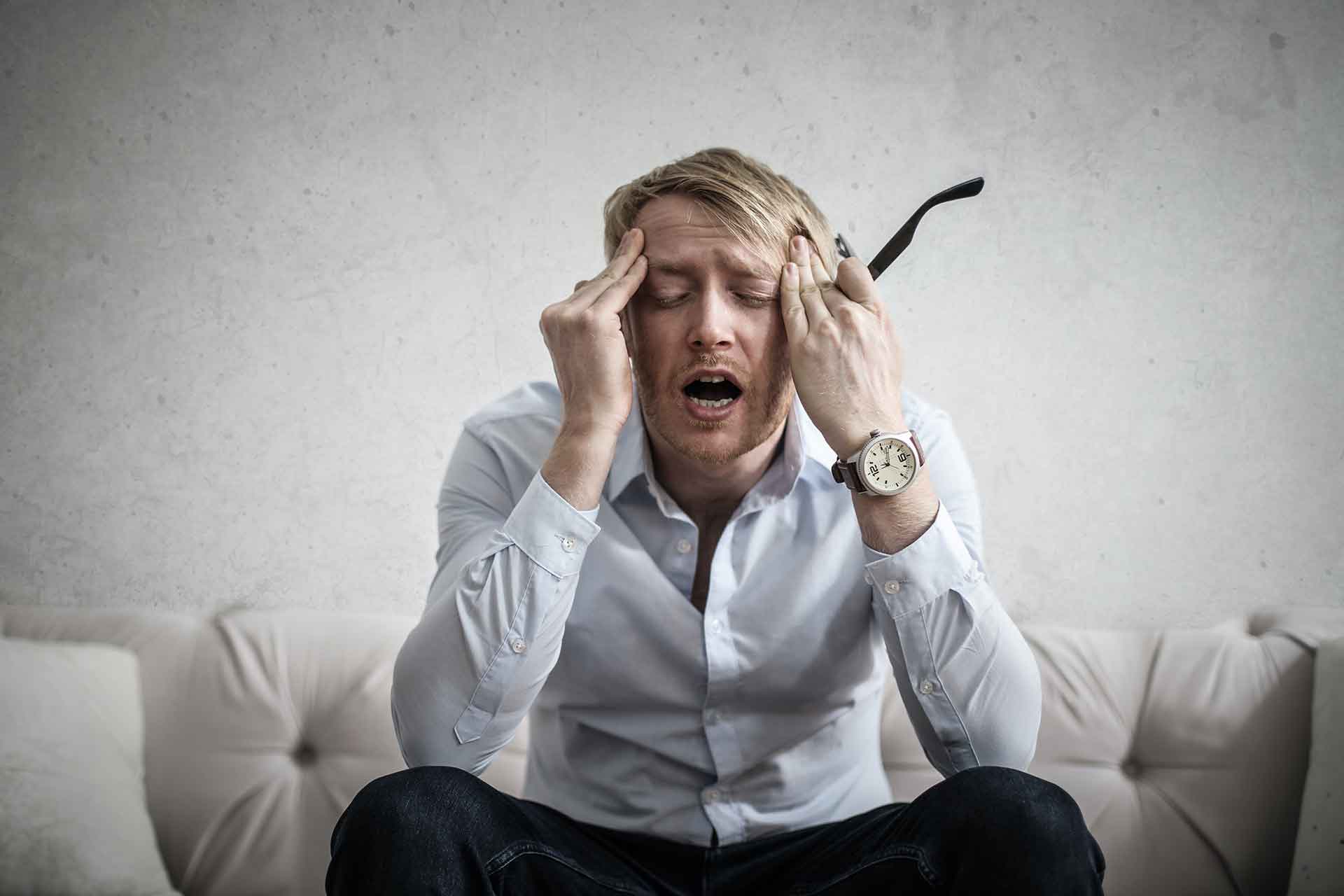 Researchers have yet to pinpoint the specific etiology of illness anxiety disorder, although several things tend to raise a person’s chances of acquiring it. Some of these factors may include:

Following a severely stressful event, such as the death of a loved one, symptoms of illness anxiety disorder might arise or increase. (12)

Having a relative with illness anxiety disorder may increase your chances of having it. It is considered that some of this is due to observation and imitation, which entails youngsters observing, memorizing, and replicating activities from adults of the family.

Bad experience with the healthcare system

A personal or family history of chronic or severe sickness and a personal or familial encounter with the health service that resulted in impaired trust or confidence in healthcare practitioners might also put a person at risk of developing an illness anxiety disorder.

Physical, sexual, or emotional child abuse or mistreatment, as well as a history of recurrent or severe childhood sickness, appear to be risk factors for illness anxiety disorder. (14)

Searching symptoms on the internet

According to several studies, individuals who spend a lot of time on the internet researching the symptoms of various health issues are more likely to acquire illness anxiety disorder.

Lastly, these theories point to a common element among those who suffer from illness anxiety disorder: a misperception of disease and good health.

If you had a major childhood illness, you might perceive it more frequently than it is. You may not completely understand how you got it or how it was treated; this may lead to the misleading notion that contracting a significant disease is quite simple. You may believe that good health entails the absence of symptoms. Consequently, if you experience a bare sensation or symptom, such as a headache, you may be concerned about having a severe ailment. 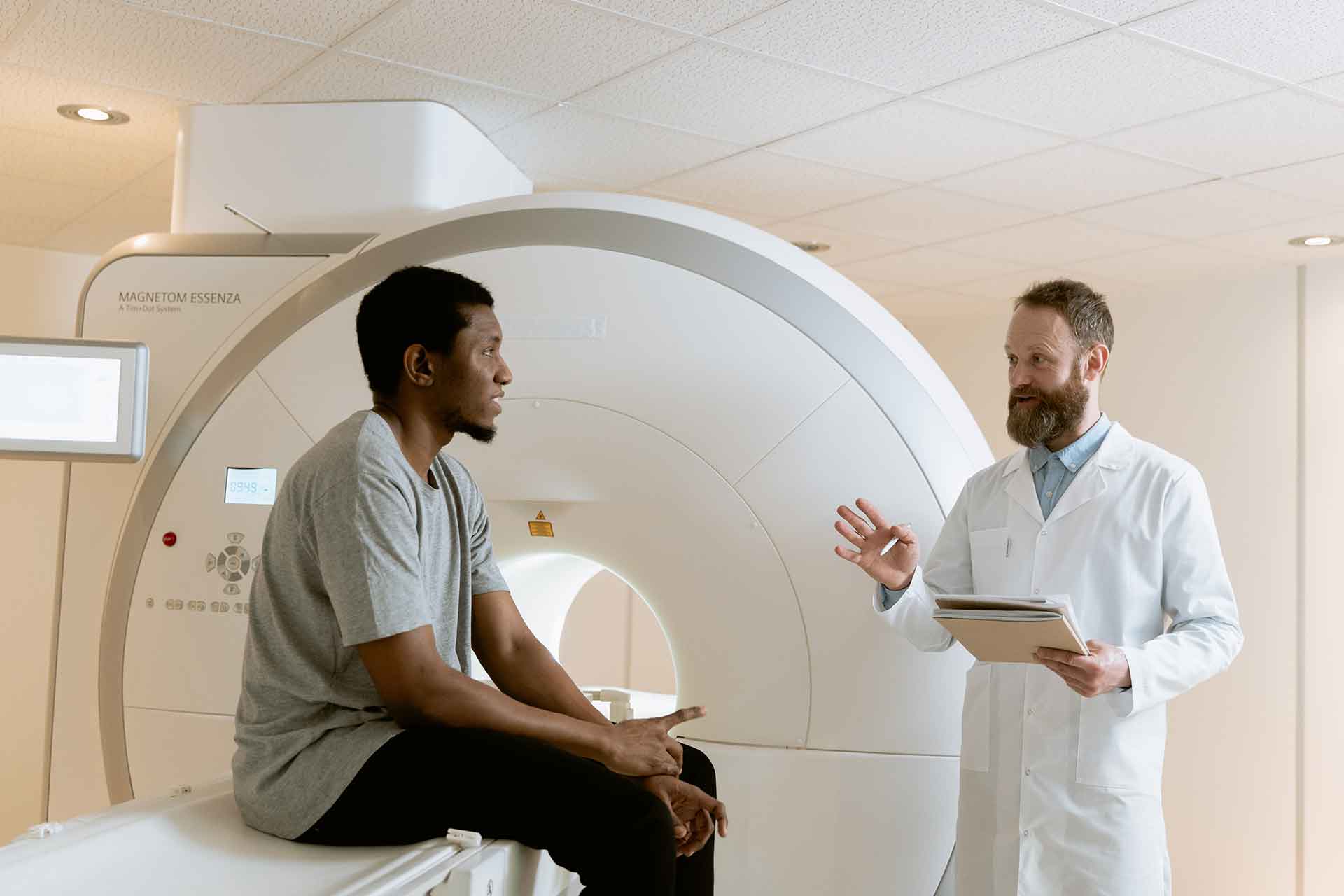 Anyone with an illness anxiety disorder may not seek treatment from a healthcare practitioner since they are oblivious. Instead, individuals will seek a diagnosis and treatment for the sickness or condition they feel they have, generally from a primary care physician.

Having a long-term connection with the same healthcare practitioner enables patterns to emerge and a record of visits, tests, and treatments stored in the same place, making the diagnosis easy. After witnessing symptoms and suspecting the presence of the problem, the healthcare professional generally starts making a diagnosis of illness anxiety disorder. (15)

The clinician may assess the individual’s current and prior medical complaints, medical history, including other mental health illnesses, and do a physical exam to determine whether or not the person has an illness anxiety disorder. Your doctor may recommend blood tests and potentially imaging tests such as an MRI or CT scan to rule out the chance that the individual is suffering from a separate or additional mental health disorder. (16)

The following main conditions must be present for the diagnosis of illness anxiety disorder:

If you have serious health concerns interfering with your daily life, it is essential to consult with a certified healthcare expert for proper treatment.

Treatment for illness anxiety disorder aims to restore and sustain normal functioning as close to normal as feasible, reduce mental suffering, and avoid misuse of the medical system and resources.

Treatment begins with psychotherapy, lifestyle changes, and counseling; however, your doctor may offer medications if your symptoms are severe or you have an underlying mental health issue.

Psychotherapies are the most effective and widely administered treatment for illness anxiety disorder. The following are the two most prominent types of psychotherapy used for this condition:

Cognitive-behavioral therapy (CBT) is a form of psychotherapy that focuses on recognizing negative, harmful, and dysfunctional beliefs and actions. Once these problematic ideas and actions have been discovered, CBT treatment entails transforming them into constructive ones. (18)

CBT works by assisting you in identifying and challenging unhealthy patterns of thinking about your health. The idea is that if you can change your perspective towards health and enhance your living standard, you will be able to nourish more positivity.

Acceptance and commitment therapy (ACT) is another modern research-based psychotherapy strategy to treat illness anxiety disorder. It is not as well-known as CBT, but it can benefit some people. ACT encourages people to accept unpleasant feelings via mindful awareness and find healthy coping strategies. (19) 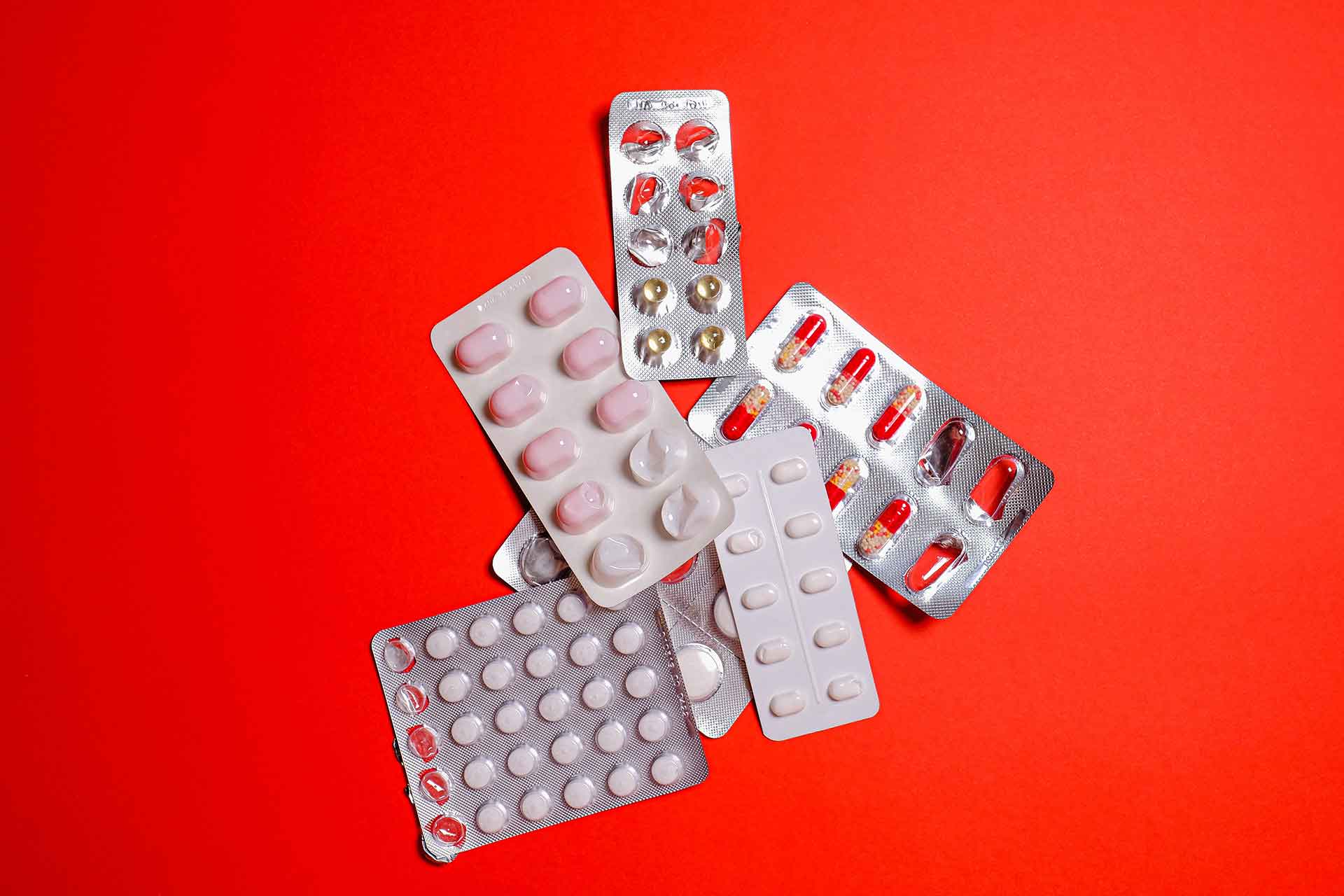 Antidepressants, such as selective serotonin reuptake inhibitors (SSRIs), are the most widely prescribed drugs. SSRIs include well-known medicines such as fluoxetine and Zoloft for anxiety. They function by raising serotonin levels in your brain, a hormone that regulates your mood. (20)

A controlled trial using fluoxetine for hypochondria found that most patients had shown some improvement at eight weeks. (21) Suppose your medicine is not working after 6 to 8 weeks. In that case, your doctor may suggest switching to a different SSRI or switching to a new type of antidepressant known as a serotonin-norepinephrine reuptake inhibitor (SNRI). (22)

The time you take depends on your particular circumstances, but mostly these medications are taken for six months to one year.

Whether through psychotherapy, medications, or both, the purpose of treatment is not to eliminate your health problems but to help you practically manage them.

In addition to professional treatment for the condition, individuals can employ a variety of self-help coping skills for anxiety to reduce symptoms of illness anxiety disorder.

The term hypochondriac may bring up images of someone faking sickness or evoke a dismissive attitude to a person’s symptoms. However, as the updated name of the condition implies, illness anxiety disorder is a real diagnosis recognized by the DSM-5.