What is Performance Anxiety? Causes, Symptoms and Treatment 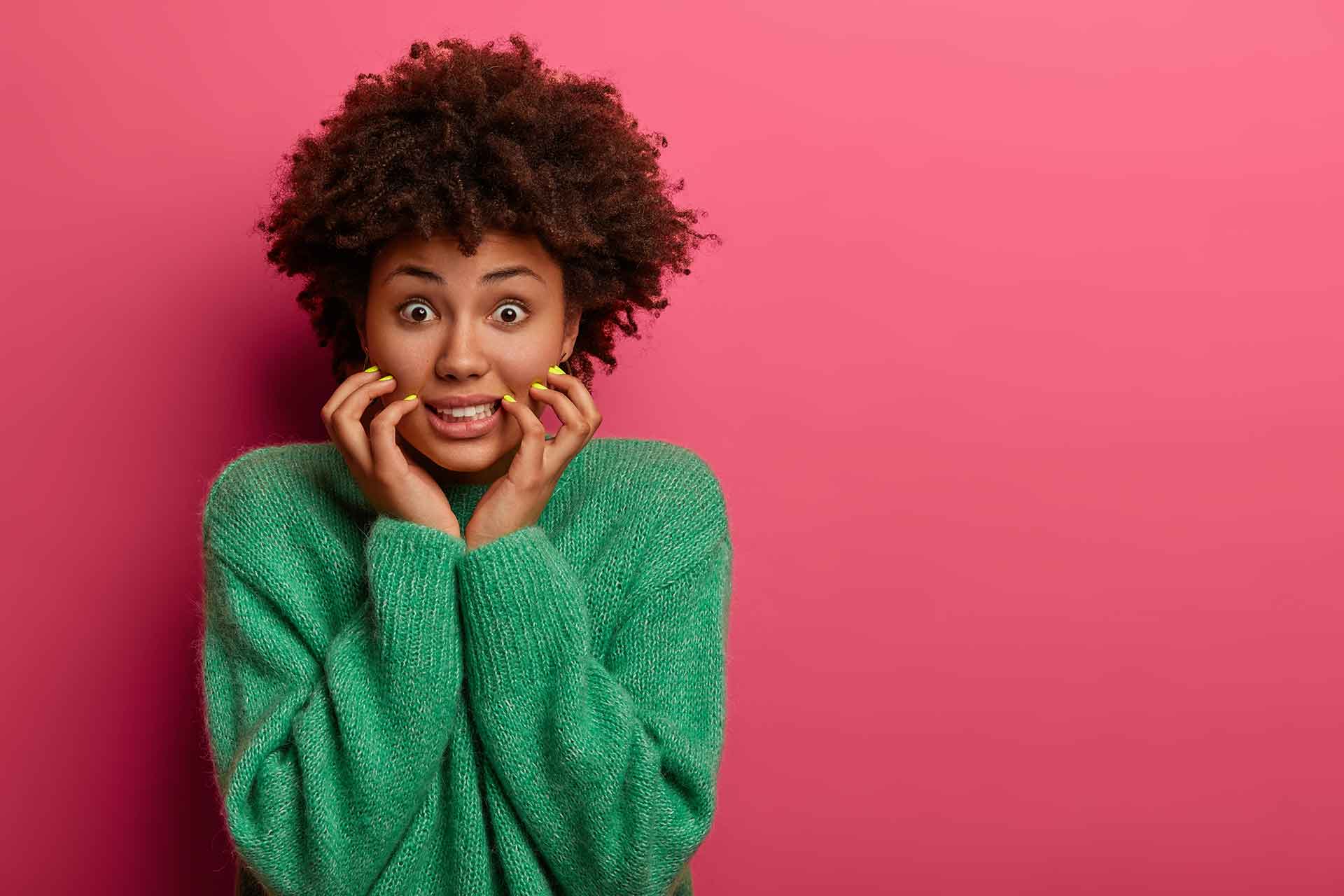 Ever felt your heart pounding, mouth-drying, and mind getting all blank right before a career-defining test or a much-anticipated moment?

Do you dread speaking in public, or were you the kid in school who, despite knowing the answer, had never raised his hand in the class? If so, you’ve probably experienced performance anxiety.

While getting a little nervous before a significant event is expected, an uncontrollable stream of overwhelmingly unsettling emotions isn’t. These powerful emotions sometimes develop into a full-blown panic attack in some cases.

As unknown as the term performance anxiety might sound to your ears, it is markedly the most prevalent type of anxiety among the U.S population.

No matter how well-learned you’re in your discipline, performance anxiety sees no limitations and gets your brain’s control when you’re overly self-critical.

Sian Beilock (1), an award-winning cognitive scientist in her book “Choke: What the Secrets of the Brain Reveal About Getting It Right When You Have To” (Free Press, 2010) (2), explains how even the most supportive audience can tear down your performance. She elaborates how our minds entrap us into the impending fear of not performing up to the audience’s expectations. 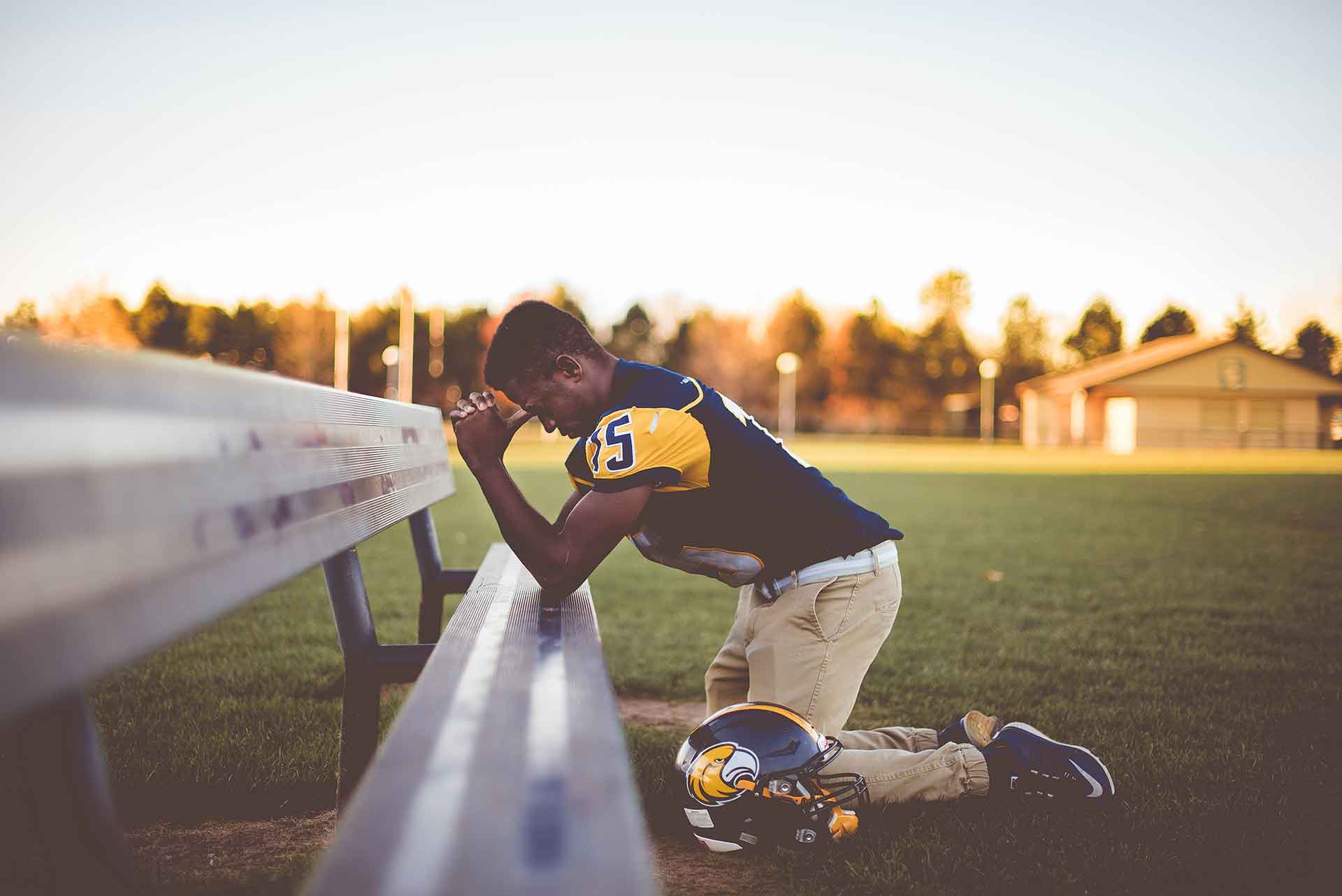 Many athletes, singers, and actors experience performance anxiety, even after prepping tirelessly for it and being in the field for ages. It simply happens as a result of overanalyzing the skills that are a part of our implicit ‘procedural memory’ and can better be performed without the fear of slumping.

Consequently, performance anxiety ends up faring worse than the anticipated loss due to otherwise poor performance. Performing under pressure compromises our procedural memory.

What makes you choke in nerve-racking situations is not your incompetency but rather a deception created by your mind under pressure. Basically, when a novice is performing, he keeps learning new stuff, and his brain’s motor and reasoning areas are in continuous communication.

Whereas, when a skilled person performs in a relatively relaxed atmosphere, he tends to perform well because his brain requires little to no motor and reasoning parts’ inter-communication. However, when the performer is more concerned about possible performance flubs, his brain starts acting like that of a beginner.

Worrying sabotages the ability to think rationally and gets the pre-frontal cortex, the decision-making part of the brain, into a fear of failing.

Put simply, performance anxiety shows up when you don’t take the typical pre-performance nervousness as a performance catalyst; instead, you dwell over the haunting ruminations.

How Social Anxiety Disorder is related to Performance Anxiety

While social anxiety may exhibit a few symptoms of performance anxiety, both disorders differ explicitly.

The critical difference between both is that social anxiety turns up with literally any kind of social appearance, putting the sufferer through an ordeal of being humiliated and made fun of.

On the other hand, performance anxiety is associated with a fear that emerges with the thought of being evaluated for a particular performance; that’s why it is often termed as ‘stage fright.’ (4)

It is crucial to have sound knowledge about social phobia to differentiate it from performance anxiety and debunk the misconception of both being the same disorders.

How Generalized Anxiety Disorder is related to Performance Anxiety

Generalized anxiety disorder is characterized by the feeling of uncontrollable worry about incidents anticipated in the future (5).

People with GAD fixate on excruciating minutiae about every future incident approaching.

Anxiety Clinic at Florida State University affirms that people with GAD unwittingly dwell on impending misery in spite of being told that their disorder is far harmful than any other possible calamity, which isn’t even guaranteed.

It is essential to understand the symptoms manifested by each affected component to rule out performance anxiety as a whole effectively.

Any treatment focusing on a mere one element will not be adequate to alleviate the suffering.

Individuals experiencing performance anxiety endure extremely intense psychological symptoms due to the disruption of cognition. A few signs are named below:

Performance anxiety simply happens before a big performance that is supposed to immensely impact one’s personal or professional life.

It is better defined as a self-fulfilling prophecy where a person is of a certain belief about a dreadful situation which, according to him, is inevitable.

People may experience performance anxiety in the following conditions:

What does Performance Anxiety feel like? What do Redditors say?

“I always have a problem when I play in public or even in front of my instructor sometimes, of having performance anxiety. I can play a song perfectly at home, but whenever I’m in a public setting, I start to get anxious, and my hands shake, and I end up making mistakes I normally wouldn’t have. The longer I continue playing in public, though, in one sitting, it eventually goes away, but when I return the next day, same problem.”(6)

“When I have to perform, I have a very intense visceral response. I put perform in quotes because it’s not just playing pool in playoffs or singing or speaking in public, but also doing lots of things while being watched (like demonstrations at work) makes me nervous unless I know I’m going to kill it. My heart speeds up, I get extra shaky, I sweat, my mind races… all that fun stuff.”(7)

“I am struggling with performance anxiety. I had an audition yesterday, and I choked up, palms were sweaty, knees weak, arms were heavy. Straight up “Lose Yourself,” and I forgot all of my lines…I want to cry. I’ve tried to convince myself that I’m excited and not nervous, and I’ve tried meditating and controlling my breathing, but my heart won’t stop beating at like a rapid-fire pace. It feels like I’m going to turn into a puddle, and it follows with a panic attack. What really gets me is that I can’t perform to my full potential. I feel so confident and prepared until I’m in that room and I’m done.”(8)

“My stage fright has been getting increasingly more unbearable. I know it’s normal to get nervous when performing, but mine is affecting my singing so horribly. I am fine singing in choirs (I’m in a lot of choirs), but the instant I sing by myself or feel like I’m singing by myself, my voice COMPLETELY changes. It’s so horrible and weird, and it’s making me so sad. It didn’t use to be this bad.”(9)

As thoroughly explained before, performance anxiety revs up whenever there is a public performance approaching.

Individuals having other anxiety disorders are at stake in developing performance anxiety quicker than other performers.

One can see the occurrence of performance anxiety before a singing performance; in a cricket ground when there’s only one ball left of the last over, and you need to hit a sixer; in a classroom where you’re to be called to deliver a presentation, in a job interview; in an exam for which you’ve prepared so hard but the ticking time is gripping your mind.

The types are several; however, a few of the most common types of performance anxiety are explained below. 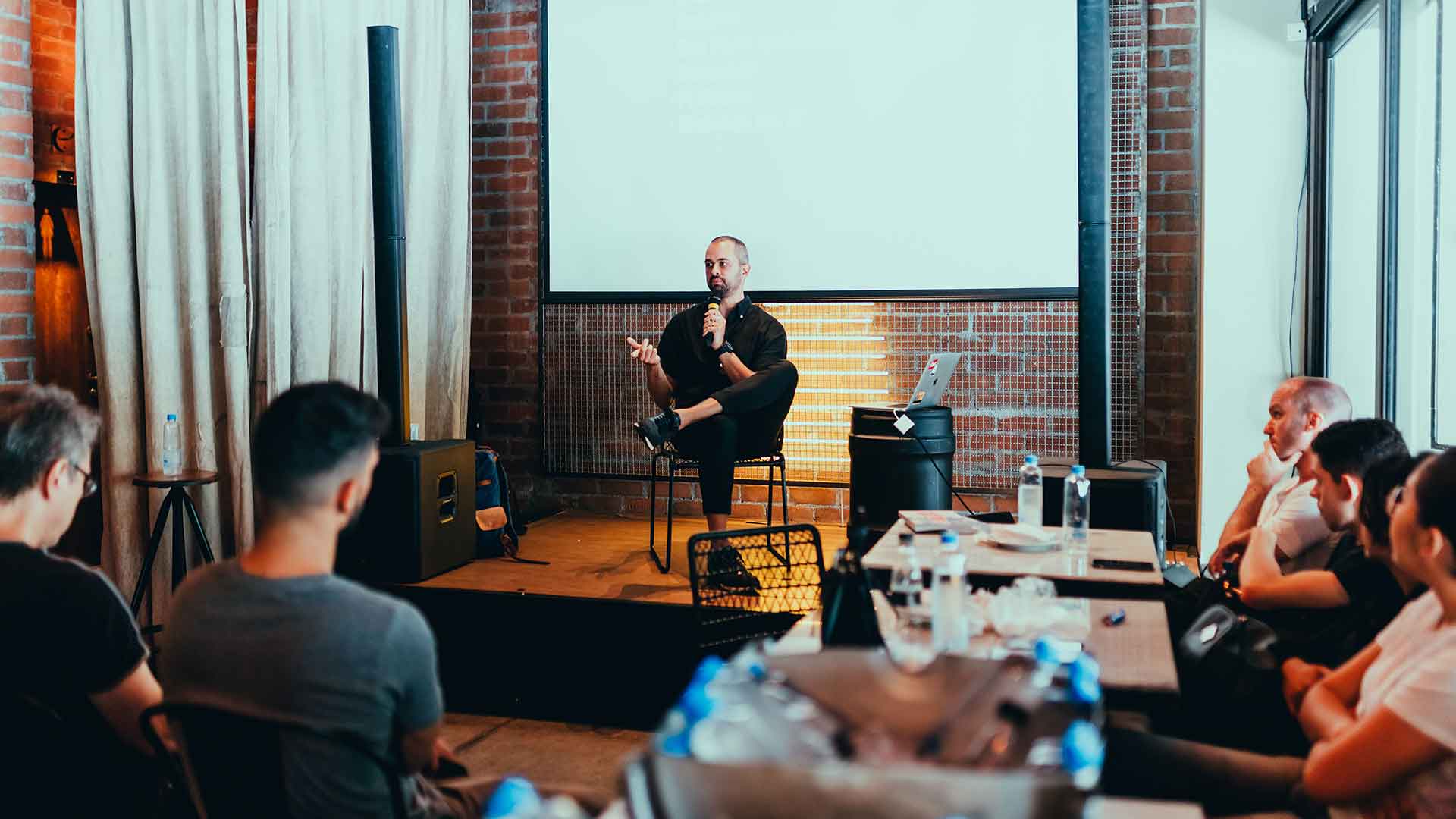 Someone experiencing public speaking anxiety fears the perception of others about him and dreads being heckled in public.

If left untreated, it can transform into avoidance behavior in which the person tends to skip being scrutinized by the public by finishing up as quickly as possible (11).

A most recently pioneered term, Music Performance Anxiety MPA has previously been confused with other anxiety disorders due to the similarity of symptoms.

However, MPA is a relatively separate condition pertaining to music and signing. It is evident in many singers, musicians, and music performers who seek perfection in their performance (12). 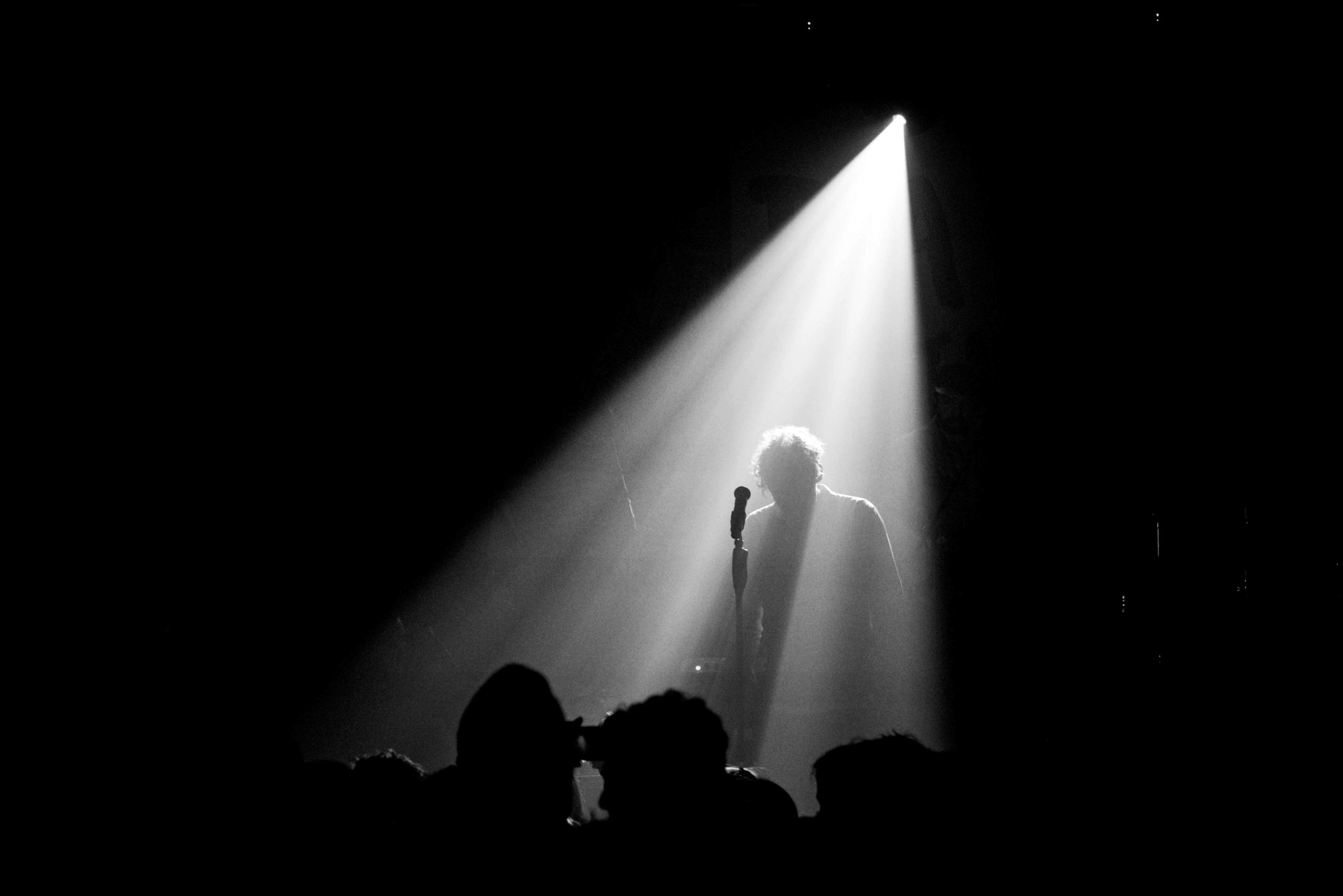 MPA symptoms are more frightening than another form of performance anxiety as the dry mouth, and heavy breathing actually don’t let you get through it.

MPA is preferably treated through psychotherapy, though medicines are effective but owing to their potentially harmful effects on vocal cords, they should better be avoided (13–14)

Exam anxiety is common in students who need to appear in their physical examinations and oral viva.

Just like other forms of performance anxiety, exam anxiety’s detrimental effects are not because of incompetency. In fact, it is more prevalent in those who over-study and over-prepare for an exam.

Over-communication between motor and reasoning parts of the brain results in forgetfulness and blank-headedness during an exam. (15–16)

Athlete performance anxiety is common with sports persons who often feel the immense pressure of winning against their opponent.

While some sports persons might play well under pressure, the ones enduring extreme athlete performance anxiety would meltdown with crushing apprehension. 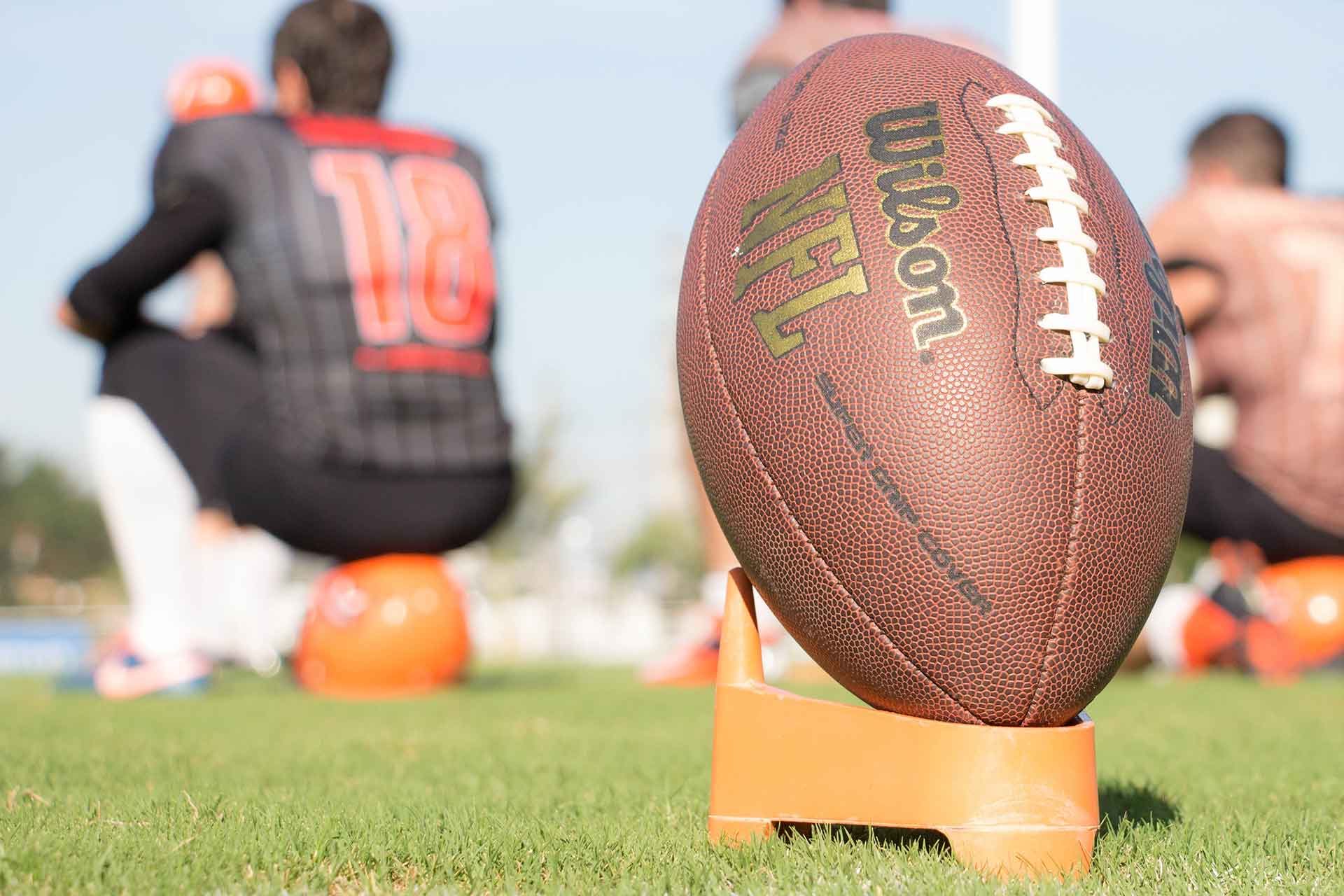 In such cases, even the most supportive crowd and loud chants of their name backfire instead of serving as a motivational gesture.

This is why many otherwise unswerving players chock during a big tournament, even on their home grounds. (17–18)

Once the symptoms of performance anxiety are recognized and you’re ready to seek treatment, consulting a well-versed psychotherapist is the next crucial step.

Your psychotherapist may or may not combine medications with the therapy depending upon the type of performance anxiety you’re facing and what option would work best for you.

Below are explained a few most recommended treatment options for performance anxiety.

While cognitive-behavioral therapy is not a quick fix for a long-term anxiety disorder, it is proven to be remarkably effective in treating performance anxiety.

Like other forms of anxiety, performance anxiety also stems from a negative self-belief system and an inability to achieve perfection. 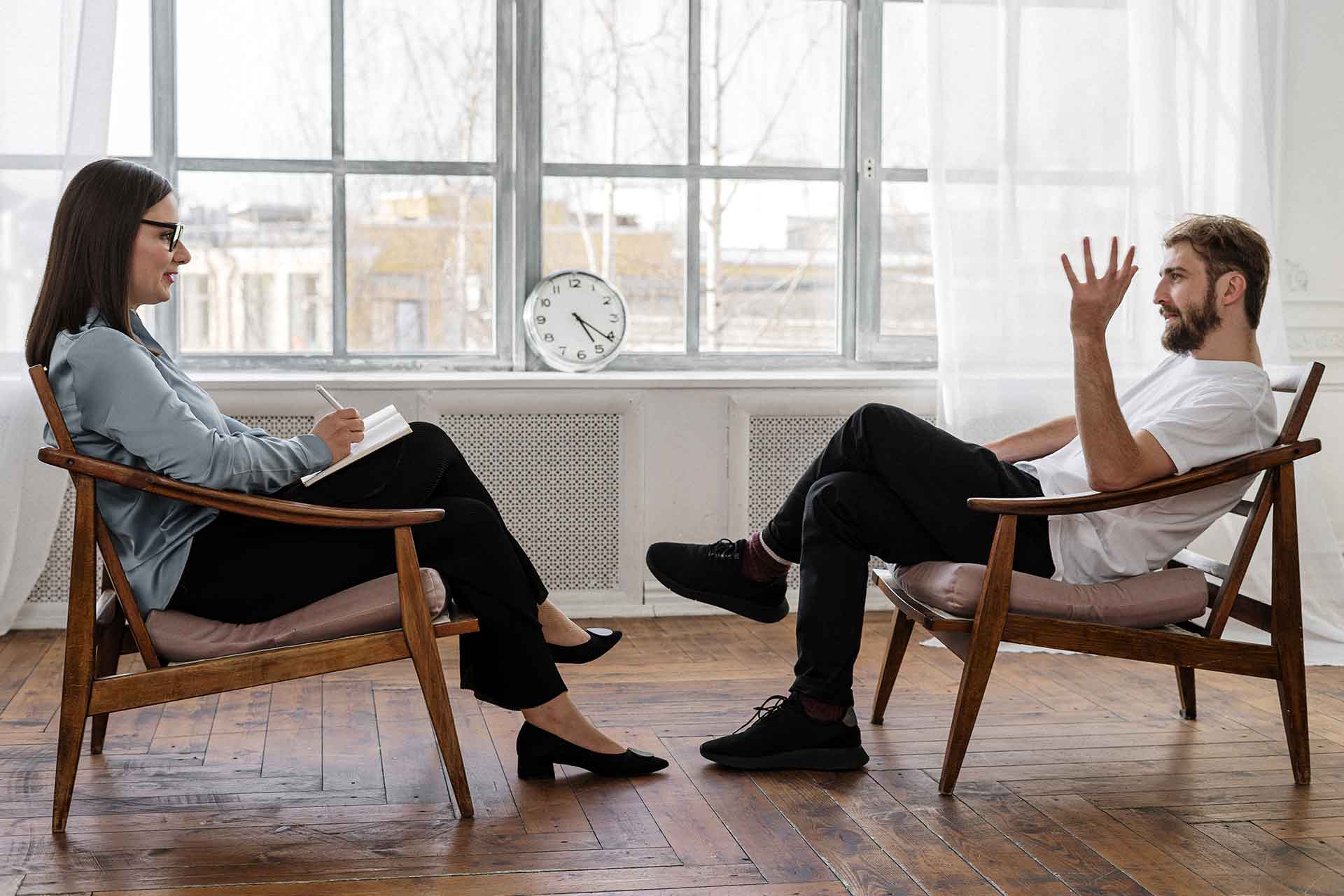 In cognitive-behavioral therapy, a professional therapist endeavors to replace those negative beliefs with positive ones.

You will assess the root cause of anxiety with the help of the therapist, who further helps the patient develop healthy coping habits. (19)

Eye movement desensitization and reprocessing is a technique where the EMDR specialist helps the patient replace his negative memories with positive ones.

EMDR therapy allows the patient to recognize his trigger, process it, and desensitize it with the help of an EMDR specialist. (20–21)

Sometimes your therapist may combine the CBT with appropriate medications when fight and flight symptoms are more severe.

Propranolol, a beta-blocker, is the drug of choice in such conditions. It reduces the sympathetic responses, i.e., the over-production of norepinephrine, by blocking beta receptors. (22)

How to Manage Performance Anxiety?

Although all the above therapy options are pretty helpful, the management of performance anxiety throughout the course of treatment is equally essential.

Performance anxiety, also known as stage fright, is a form of anxiety that kicks in when one finds himself under a high stake condition.

Even though a certain amount of nervousness is natural and aids in achieving rather complex goals, overvaluing a situation may result in performance anxiety.

This form of anxiety is considerably common in music performers, students, athletes, dance performers, and anyone who is about to make a public appearance may experience performance anxiety.

If you’re someone who frequently gets jitters while speaking in public or fumbles during a corporate meeting despite being prepared, don’t take it easy and consult a psychotherapist.

People with performance anxiety often deem it a casual response to stress and confuse it with productive stress, which, however, is not the case.

If you’re finding it hard to handle, don’t hesitate to book an appointment with a qualified psychotherapist.

A psychotherapist will efficiently evaluate the core triggers and help you accept them so you can live a peaceful life without getting affected by the triggers anymore.