What is Adjustment Disorder and What Does It Look Like? 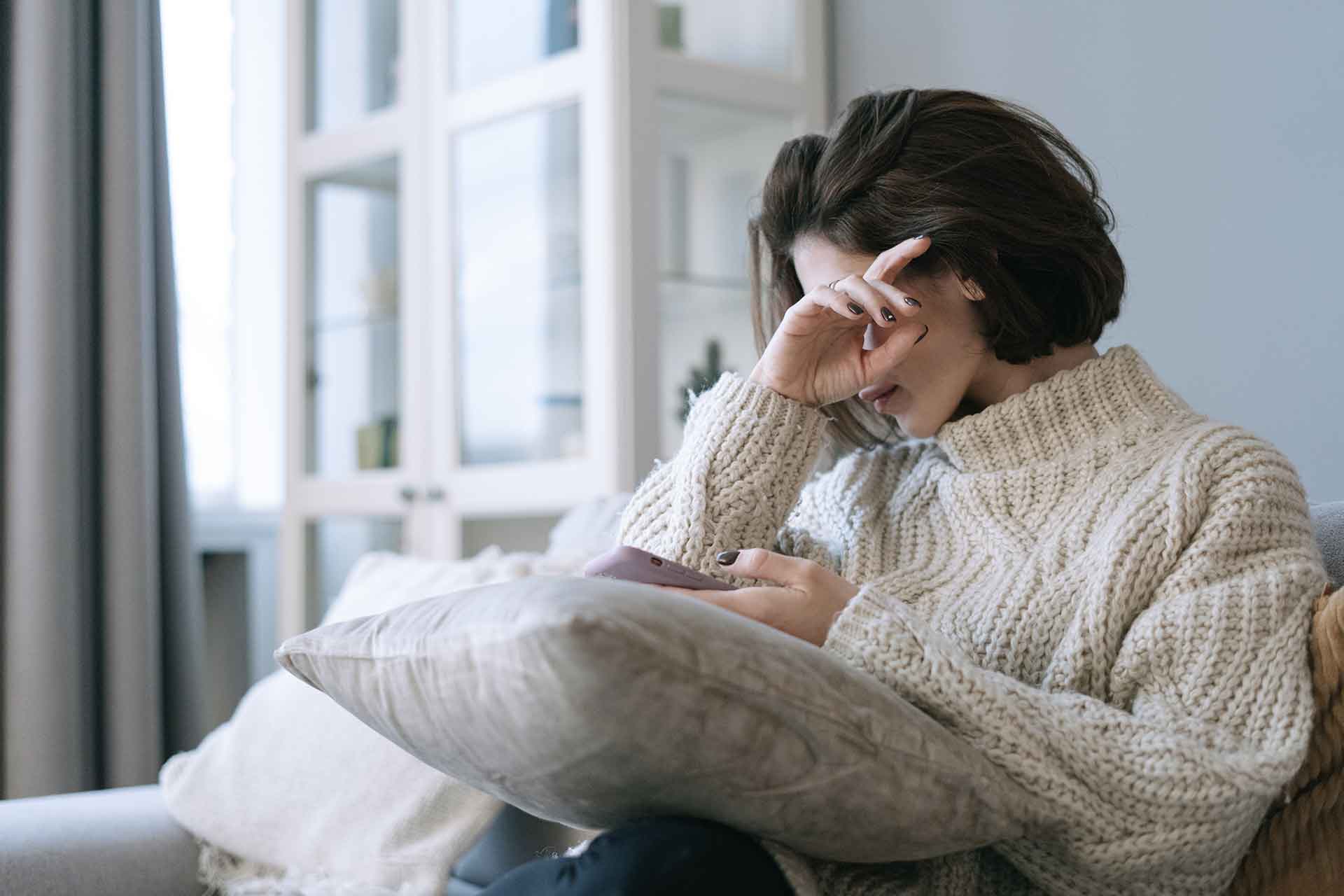 Adjustment disorder is recognized as a group of depressive symptoms that essentially occur after an unexpected distressful event.

For over five decades, the term adjustment disorder is being used by clinicians for individuals struggling with stress management after a particular occasion.

Events leading to adjustment disorder may include, death of a loved one, breakup, loss of a job, or any situation pertaining to the feeling of loss.

According to The Diagnostic and Statistical Manual of Mental Health- 5 (DSM-5) (1), when a person is put through an unexpected stressful condition, he is more likely to suffer from adjustment disorder.

However, promptly referring such patients to psychotherapists or psychiatrists helps reduce the symptoms and manage the disorder. (2)

The DSM-5 has classified Adjustment Disorder into six different types based on the manifestation of symptoms.

It usually describes a person who shows the signs of depression followed by a stressful event. Its symptoms may include persistent crying, feeling of loneliness, isolation, and unsettling discomfort.

A person might experience detachment from the outside world and irritation from the activities he used to enjoy in the past.

Individuals diagnosed with adjustment disorder experiencing nervousness, irritability, fret, and overwhelming emotions fall into this category. Such patients struggle to focus on one task at a time and memorizing essential details.

Children experiencing adjustment disorder with anxiety fear getting apart from their parents or guardians.

People diagnosed with this type of Adjustment Disorder suffer from persistent sadness and overwhelming emotions while distancing themselves from the outer world. Making it even complicated to seek treatment.

Adjustment Disorder with Disturbance of Conduct

The most common type of adjustment disorder in adolescents and teens is the one with disturbance of conduct. It involves behavioral and moral misconduct, including reckless driving, damaging property, picking fights, and even criminal offenses. They also might ditch school to participate in such activities.

Adjustment Disorder with Mixed Disturbance of Emotions and Conduct

Individuals are diagnosed with this type of adjustment disorder when behavioral misconduct is accompanied by emotional disturbance, i.e., feeling of despair and anxiety. Again, it’s more common in teens.

This diagnosis is made for a person presenting with adjustment disorder due to other environmental stressors to which he is maladaptive. It may involve physical stressors such as those triggered by family, friends, school, or the workplace. (3)(4) 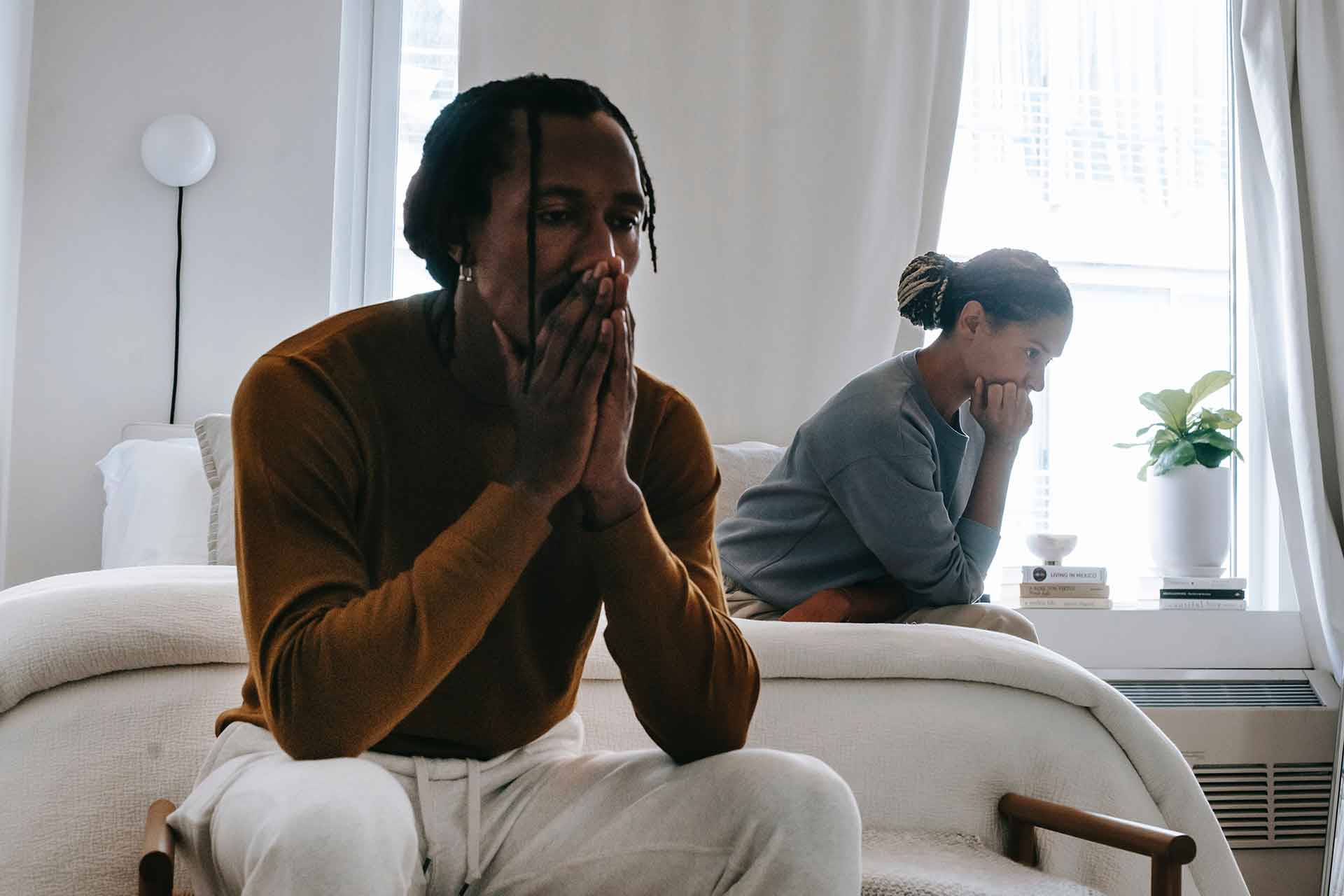 Multiple stressors can contribute to AD as well, such as;

Other stressors may include:

Symptoms may vary from person to person depending upon the type of adjustment disorder they are experiencing. The onset of symptoms is usually within three months of a painful event and may last till six months from the onset. 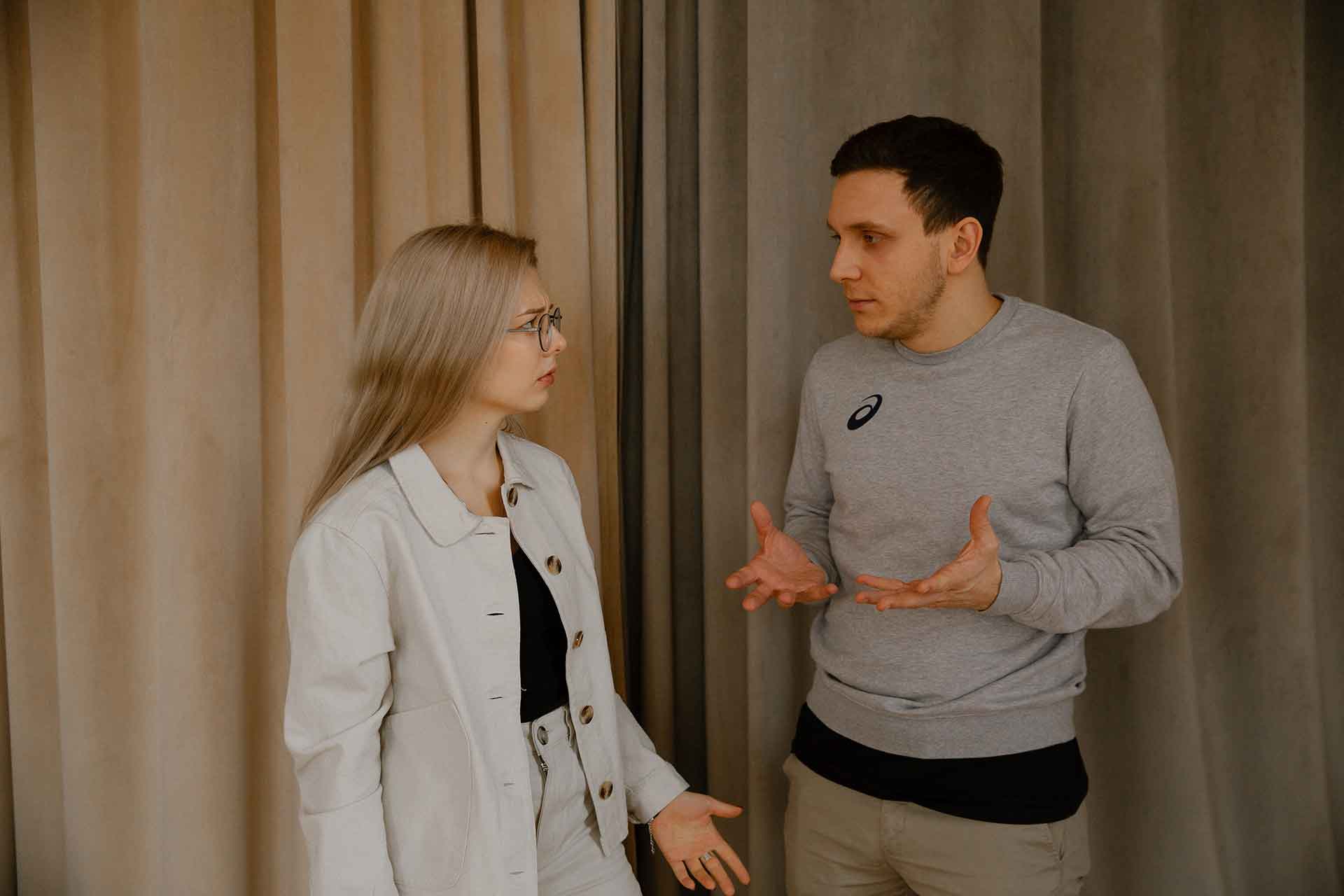 However, in worst-case scenarios, when immediate medical help is not sought, the symptoms may worsen. A person experiencing the above-mentioned emotional symptoms is at a high risk of developing potential suicidal tendencies and can harm himself if not treated timely.

Therefore, it is vital to take these symptoms seriously and consult a psychotherapist as soon as possible to avoid any potential damage. According to a study, “Individuals diagnosed with adjustment disorder have 12 times higher rate of suicide than those without AD.” (6)

Diagnosis of adjustment disorder doesn’t require any specific laboratory tests. However, your doctor may ask for some tests to rule out the possibility of any physical trauma such as head injury or any other mental illness.

After assessing your physical health, a general practitioner will refer you to a psychologist or psychotherapist to evaluate your mental health.

A professional psychotherapist assesses your mental wellness by taking a thorough history of your symptoms and their onset. The diagnosis is essentially made on the basis of the diagnostic criteria provided by the DSM-5, which is as follows;

Once you’re diagnosed with adjustment disorder, the next step is appropriate treatment for it.

Like other mental health disorders, patients are given both psychological and pharmacological therapies to obtain a maximum positive outcome.

Nonetheless, in the case of adjustment disorder, patients are benefited more after receiving psychotherapy from well-versed psychotherapists. (9)

Medicines are given to control the symptoms of sleep disturbance, anxiety, depression, and stress. They may include anxiolytics, antidepressants, and relaxants.

The most common antidepressants are SSRIs and SNRIs to reduce the symptoms of depression. For anxiety, the most effective drugs are benzodiazepines such as lorazepam and alprazolam.

If you’re prescribed these medicines, don’t stop using them all of a sudden, even if the symptoms of adjustment disorder are subsided. Tell your therapist about your progress, and he will tapper down the doses until eventually taking you off them.

Since adjustment disorders are short-term disorders that require prompt intervention, psychotherapy is probably the most effective treatment for them.

Cognitive-behavioral therapy is generally implemented to rule out the negative thought pattern developed after a saddening occasion.

Your therapist will focus on changing those negative emotions with positive ones to help you eliminate negative memories associated with an event.

A psychotherapist may help you,

You can’t prevent yourself from something which is unexpected. Adjustment disorders occur unexpectedly in the least anticipated scenarios; therefore, no preventive measures can save you from them.

Yet, a solid support system plays a vital role in keeping you from developing adjustment disorder after an inevitable loss or painful event.

Timely treatment is another factor in impeding the disorder in its early developing stages. Immediate identification and therapeutic intervention may save the patient from worse consequences.

How to Deal With Adjustment Disorder

Dealing with adjustment disorder can be challenging if you’ve no one to support you through the path.

Still, if you identify adjustment disorder symptoms within three months of an upsetting event, you must seek professional assistance and modify your lifestyle to cope with it.

Following are a few tips to help you deal with adjustment disorder:

Battling with an uncalled emotion is not so easy to deal with. Yet, you can take some time out for yourself and engage in fun activities.

Get enrolled in some art class and heal yourself with art and craft or whatever fancies you. It will help reduce your stress levels and make you feel lighter.

Exercise releases endorphins in the body. Endorphins are happy hormones that trigger the happy emotions in your body. Recent studies have shown the profound impact of exercise on anxiety and stress levels in adults. (10)

Try adding melatonin supplements to your diet right before you go to bed for a peaceful sleep. Spraying some diluted lavender essential oil on your pillow before you sleep might also help. (11)

It might be a bit harder for a person suffering from adjustment disorder to take care of his eating habits. However, adding a few easily consumable nutrient-rich foods may help you stay calmer and happier.

For instance, a diet with low magnesium content, including leafy green vegetables, nuts, whole grains, and those rich with zinc such as egg yolks, beef, and oysters, help calm anxiety. (12)

Listen to some music as per your taste or meditate in order to keep yourself relaxed for as long as you possibly can.

Keep in mind that sad music generates much more distress, and it should not be listened to.

If you’re consuming heavy doses of alcohol and considering it as your coping strategy, you must stop doing it NOW.

Socializing is proved to be improving cognition and thus helping your brain function better.

Organize meet-ups with friends and family. Spend time with your loved ones more often. Play with kids and pets. Socializing releases oxytocin hormones which further elevates mood and boosts confidence. (14) 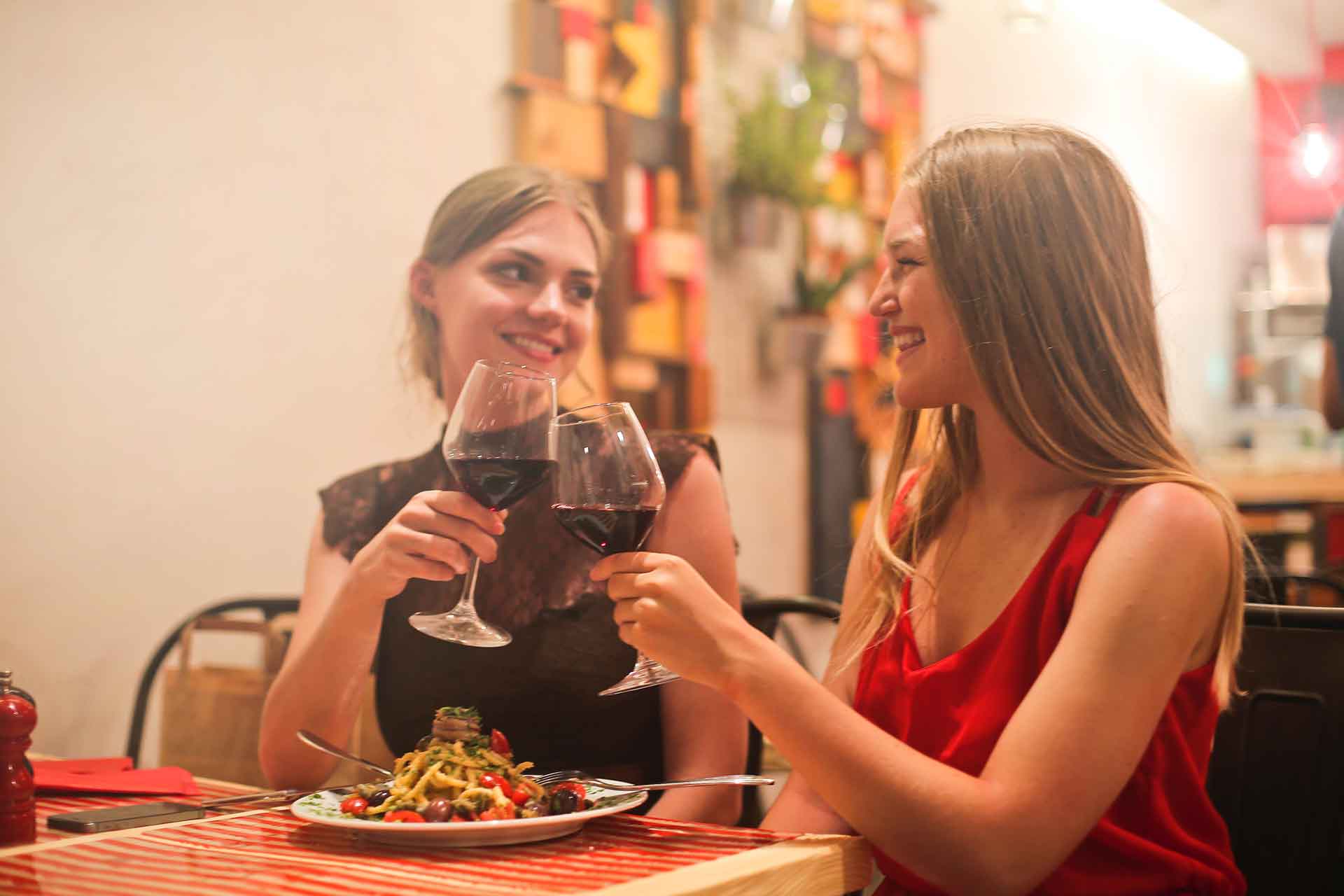 With these few lifestyle alterations, you can overcome your adjustment disorder in no time. Remember, your mental health is essential and requires individual effort too.

If Someone You Know is Diagnosed With Adjustment Disorder

If you know someone who has lately been diagnosed with adjustment disorder and you want to help them, make sure you’re doing the following; 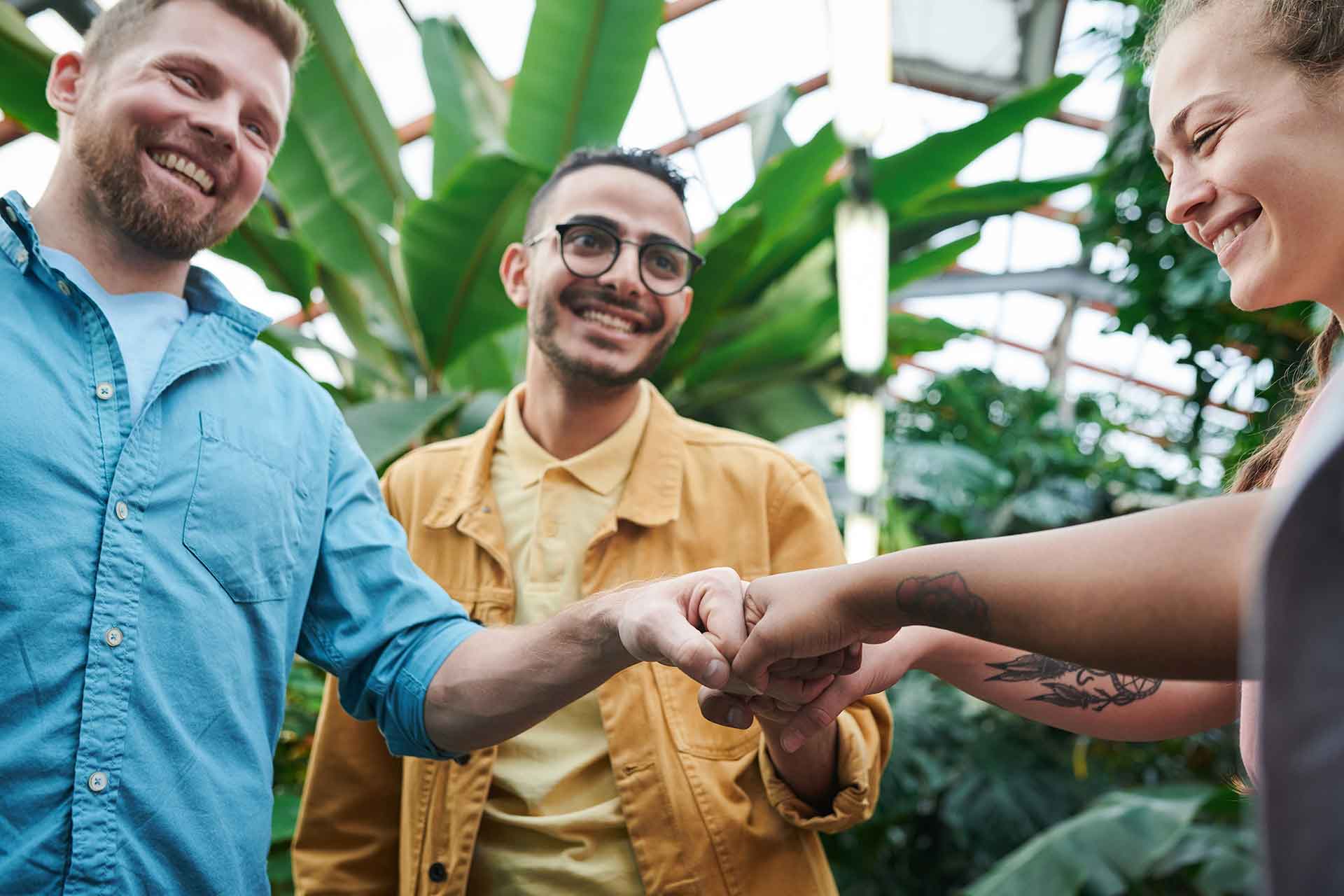 A person with adjustment disorder is likely to regain his normal mental state quicker than those with other mental illnesses. A little support and social help can contribute a lot to the mental well-being of such individuals.

Both adjustment disorder and major depressive disorder are associated with depressive symptoms, which may sometimes create confusion. The main difference between both these disorders is the intensity of the depressive episode.

Difference Between Adjustment Disorder and PTSD

While both PTSD (post-traumatic stress disorder) and AD (adjustment disorder) are stress response disorders, they are definitely not the same (17).

The chief difference between both is the cause; adjustment disorder arises as an inability to handle typical stressors such as change of environment or divorce/separation. On the contrary, PTSD stems from a rather traumatic event, such as sexual assault or post-war trauma.

Another difference between AD and PTSD is that AD symptoms are rarely seen after the first six months of its onset, whereas the symptoms of PTSD last longer.

What Happens if the Adjustment Disorder Persists?

Adjustment disorder is a kind of behavioral and mood disorder that occurs when someone goes through an unexpected phase in his life and cannot cope with the stress response.

Unlike major depressive and anxiety disorders, adjustment disorder is short-lived and subsides within six months of its onset.

However, not seeking professional help may augment the risk of developing severe psychotic disorders.

If you’re someone going through a tough time dealing with a loss or a sudden environmental transition, don’t sit back and suffer in darkness.

Adjustment Disorder is very much treatable; in fact, you will see improvement in your behavior and mood in a matter of a few weeks with appropriate treatment.