Many people suffer from depression, yet each person is affected differently. Melancholia, or melancholic depression, is a term used to describe one kind of depression.

Melancholic depression is a form of Major Depressive Disorder. Major depressive disorder is a depressive condition that affects millions of individuals every day. (1)

The disease has the potential to have a profoundly detrimental impact on a person’s physical, mental, and spiritual wellbeing. This type of depression causes a full lack of enjoyment in all or virtually all activities. As melancholia is a specifier for major depressive disorder, thus a person would be diagnosed with the major depressive disorder as the wider illness, with melancholy characteristics as the particular symptoms.

Melancholic Depression is identified by extreme despair, feelings of guilt, and lack of interest in activities that were fascinating before. Although melancholic depression is not officially considered a separate diagnosis, some researchers believe it should be recognized as a distinct condition in order to ensure effective diagnosis and successful treatment. (2)

Hippocrates, a Greek philosopher, proposed in 400 B.C. that the human body had four main fluids: blood, black bile, yellow bile, and phlegm. When these fluids in a person’s body are all out of balance, the person gets sick.

An overabundance of black bile would make someone depressed and frightened. Such a condition is known as melancholia in Greek. It became the first word for depression and the first method of studying depression. (3)

Melancholia was seen as a sign of artistic brilliance by Europeans throughout the Renaissance. They extolled it in art, fashion, and literature. By the 18th century, however, the word had reverted to its clinical roots. Around the turn of the century, the terms depression and melancholia were used interchangeably.

What is Melancholic Depression?

Melancholic depression is a form of severe depression that combines symptoms of Major Depressive Disorder with those specific to melancholia. These distinguishing characteristics include a lack of a meaningful attitude towards good news, or it could be loss of enthusiasm from most everyday activities, abnormalities in sleep schedule, trouble focusing, and emotions of deep sadness.

Melancholia was formerly thought to be a separate condition; however, it is now recognized as a depressive disorder specifier. (4)

It has certain characteristics with other types of Major Depression, but it can also be extremely different from non-melancholic forms of depression. MDD is a serious mental illness marked by chronic and strong emotions of grief and despair. Work, education, and relationships can all suffer the consequences of the condition.

It may also have an effect on mood and behavior, as well as physical processes such as hunger and sleep. (5) The intensity and kind of MDD symptoms vary considerably between individuals.

Some patients acquire conventional MDD symptoms, while others develop additional disorders such as melancholia and catatonia. The majority of symptoms may be controlled with treatment, which may include medication and talk therapy.

Melancholic depression, like other types of depression, can be caused or exacerbated by a variety of reasons. Genetic predisposition, hormone imbalances, cognitive function, and traumatic events are a few of the examples.

People who suffer from melancholia are more likely to have a genetic history of mental illnesses.  Social and psychological variables rarely play a role in melancholia in the same manner that they do in other depression subtypes.

Some common causes of Melancholic depression are listed below:

Alterations and Abnormalities of Brain

According to research, abnormalities in the brain can be held accountable for melancholia. People with melancholia may have fewer neurons connecting to the insula, the region of the brain concerned with concentration. (7)

Melancholic depression can also be associated with alterations in the brain parts such as the hypothalamus, pituitary gland, or adrenal glands. These alterations may have an impact on a person’s appetite, stress levels, etc. (8)

There is a link between increased cortisol levels in circulation and melancholic depression. (9) The variations in cortisol levels are thought to be caused by changes in the hypothalamus, pituitary gland, or adrenal glands, as well as the interplay of these three endocrine system components.

One of the primary reasons for melancholic depression is thought to be largely biological factors, implying that some people may have inherited the disease from their parents. (10)

Environmental variables such as cold weather and a lack of sunshine have been found to induce phases of melancholic depression. (11)

Melancholic depression is more common in those who have other mental disorders. Melancholia can develop in people who have any sort of anxiety disorder, notably relationship anxiety. Furthermore, several studies show that melancholia is a common reaction to chronic stress, implying that acute stress disorder may play a role in the disorder’s development.

The symptoms of melancholic depression are classified into three categories, each with a distinct frequency.

The first category includes Major Depression Symptoms. Melancholic depression requires at least five of these typical symptoms to be present.

The second category includes two symptoms, one of which must be prevalent for melancholia to be diagnosed.

Melancholic Depression’s extra symptoms fall under the third category. To be classified as a melancholic form of depression, three out of these symptoms must be observed.

The first step toward a diagnosis of melancholic depression is to consult with a doctor or a mental health professional for a more thorough evaluation. Your doctor will begin with an assessment to identify your symptoms’ level, intensity, and persistence. Your doctor may ask you the following questions: 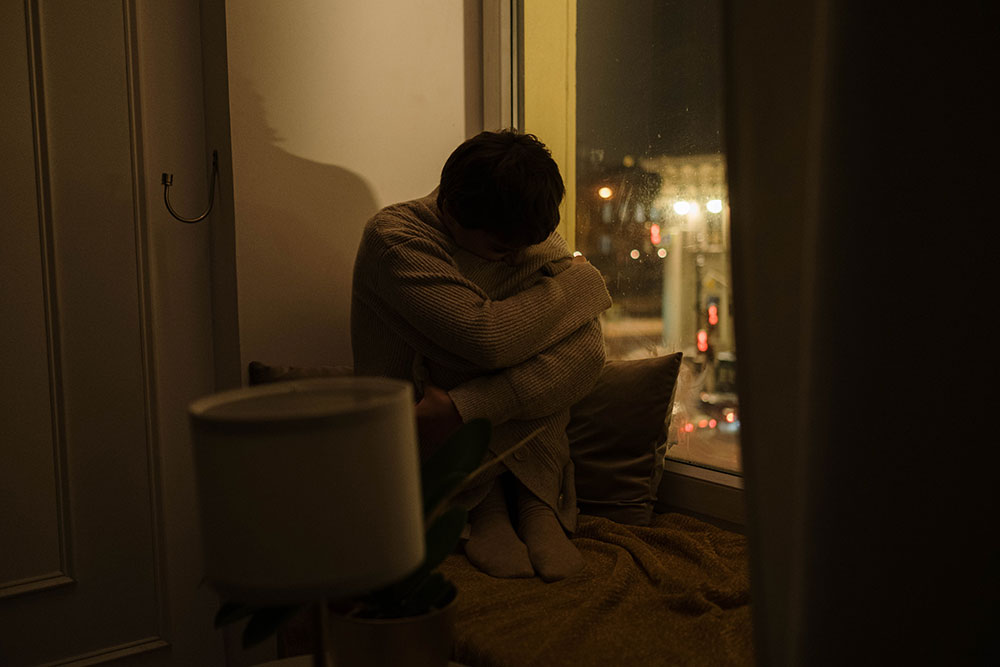 Your doctor will also rule out other problems in order to diagnose. Important considerations to think about include:

Melancholy may cause a number of physiological changes in the body. People who suffer from melancholic depression spend more time in rapid eye movement (REM) sleep and less time in sound and peaceful sleep. As a result, they acquire less rest. (14)

Cortisol levels in people with melancholic depression are frequently high, which increases stress. They may also lose weight and suffer from chronic inflammation. (15)

It is also possible that the disorder will have an impact on cognitive processing and productivity. (16) Working memory, visual learning, verbal learning, and problem-solving are all hampered.

Consequently, melancholic depression can negatively influence a person’s relationships, career, and health. In the most extreme situations, it may lead to a suicide attempt. Melancholia is more likely than other kinds of depression to lead to suicide ideation over longer stretches of time.

Medication and psychotherapy are both used in the treatment of melancholic depression. Medication is frequently used to treat it since biological reasons are thought to be the major cause behind the melancholic form of depression. Psychotherapy may be used to help people change harmful attitudes or habits and develop better methods to deal with the difficulties that cause depressive episodes.

However, medicines and psychotherapies are not always as successful as they should be for certain people; hence, some other alternatives are available.

All of the common forms of treatments for melancholia are listed below.

Medicine can be prescribed by either a general care physician or a psychiatrist, or sometimes primary care providers. Antidepressants are divided into the following few categories, each of which serves a particular purpose. 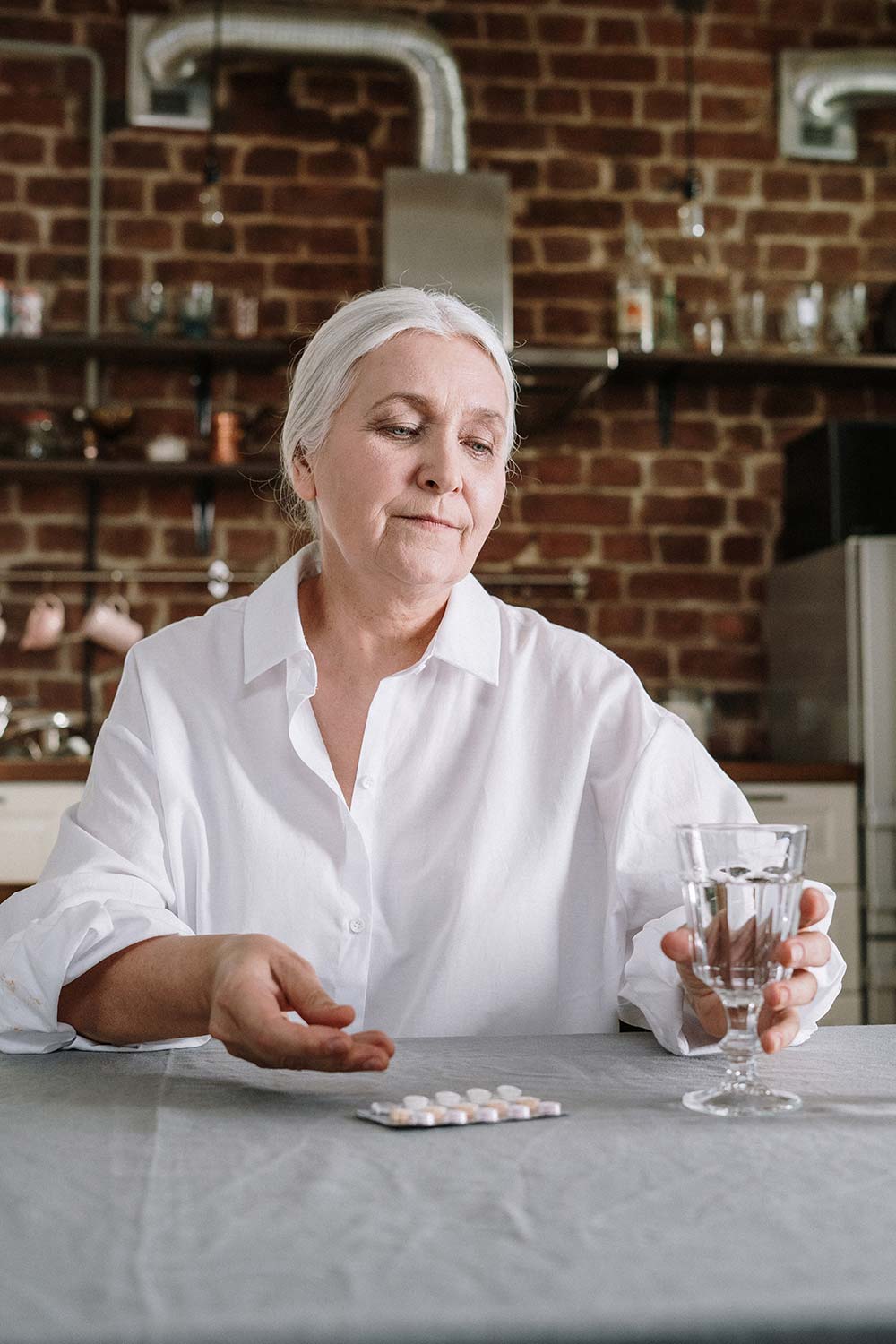 SSRIs are antidepressants that work by boosting serotonin levels in the brain. Serotonin is a chemical messenger that carries signals between nerve cells in the brain. SSRIs prevent serotonin from being reabsorbed into neurons. (16)

NDRIs prevent norepinephrine and dopamine from returning to the brain cells that produced them. As a result, the brain has a higher amount of active neurotransmitters, which may lead to improvements that may reduce depression symptoms over time. (18)

Tricyclic antidepressants are used to treat depression, but they also have additional side effects. They can cause problems with the body’s natural muscular movements, such as secretions and digestion. They also inhibit the effects of histamine; a substance presents all over the body; hence, they are rarely used these days. (19)

Despite their possible adverse effects, older MAOIs have been shown to be helpful in the treatment of depression, with some studies finding them to be more efficacious than other antidepressant alternatives. (20)

It is possible that you may have to test a few different medicines before finding one that works well for you and has tolerable side effects.

Psychotherapy is widely regarded as a successful treatment for depression. It can aid in the adjustment to present issues, independent of the underlying causes. It may be possible to identify issues that are contributing to depression so that behavioral adjustments can be implemented. Short and long-term objectives that are realistic may be created, giving you a better degree of stability over your situation.

Cognitive-behavioral therapy focuses on questioning and altering cognitive distortions and habits, increasing emotional control, and developing individualized coping mechanisms for problem resolution. It is frequently the primary choice for the psychological treatment of depression and can help manage melancholic depression as an addition to antidepressant medication. (21) 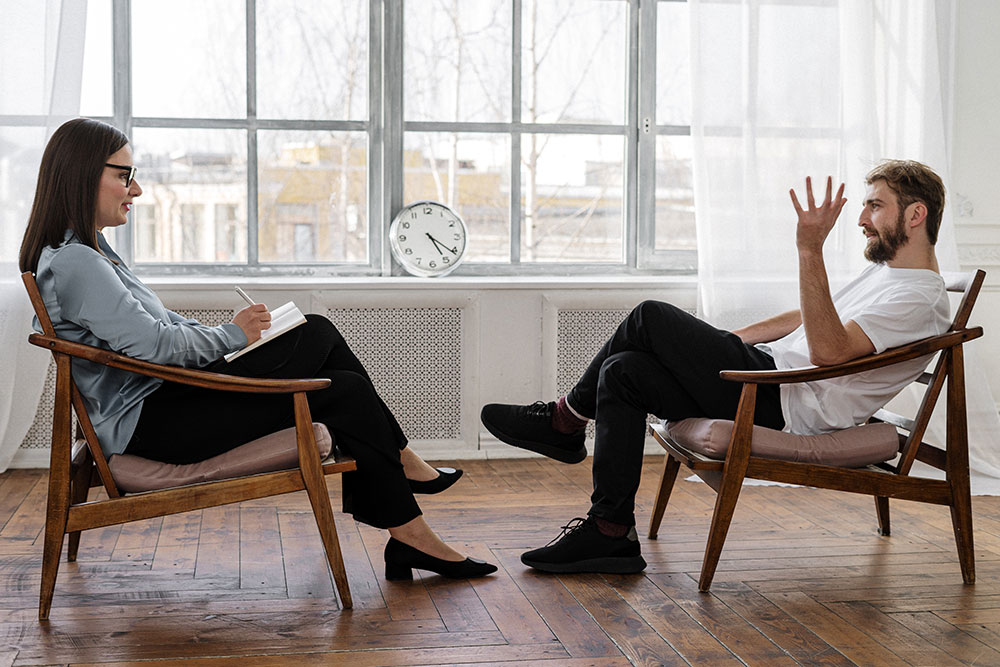 Eye Movement Desensitization and Reprocessing (EMDR) is another type of psychotherapy that helps patients heal from symptoms, emotional discomfort, and depression. When EMDR treatment was compared to traditional extended exposure therapy, it was shown that EMDR therapy was more successful in alleviating symptoms. The study also discovered that EMDR therapy resulted in a reduced dropout rate among participants. Both, however, provided relief from severe stress symptoms such as anxiety and depression. (22)

However, some studies have found that there is insufficient data to indicate that people suffering from melancholia react to psychotherapy as effectively as they do to medicines. (23) Moreover, it is believed that melancholic depression cannot be managed solely through psychotherapy and would require the aid of medication.

When antidepressant medicines and psychotherapy are not giving sufficient symptom alleviation in a case of severe depression, further types of treatment are available. Residential treatment programs and brain stimulation therapy are two of the other alternatives.

Electroconvulsive Therapy involves sending electrical impulses through the brain in order to cause tiny, short seizures. For people suffering from severe depression, this well-established treatment frequently provides quick alleviation of symptoms. Clinicians believe that ECT is one of the most effective therapies for melancholic depression. (24)

Aside from getting treatment from a medical or mental health expert, there are methods to modify one’s lifestyle so that depressive symptoms cause less interruption to everyday activities. These lifestyle modifications are beneficial for any type of depression and contribute to general physical and mental health benefits.

Eating a nutritious diet, getting adequate exercise, and getting enough sleep are all important. Sleep is one of these lifestyle variables that might be particularly difficult for those suffering from melancholic depression. However, your doctor can help you with it.  Avoid using alcohol and other addictive substances, which may aggravate your depression and make treatment more difficult.

How to Cope with Melancholic Depression

There are several strategies to deal with symptoms such as chronic melancholy, overwhelming guilt, and anger. These coping methods may give some temporary alleviation of symptoms before medication or psychotherapy begins.

There are many stress management strategies, such as meditation, mindfulness, journaling, and muscle relaxation, which can be learned on one’s own. Any of these can help to relieve tension, irritability, and fatigue. 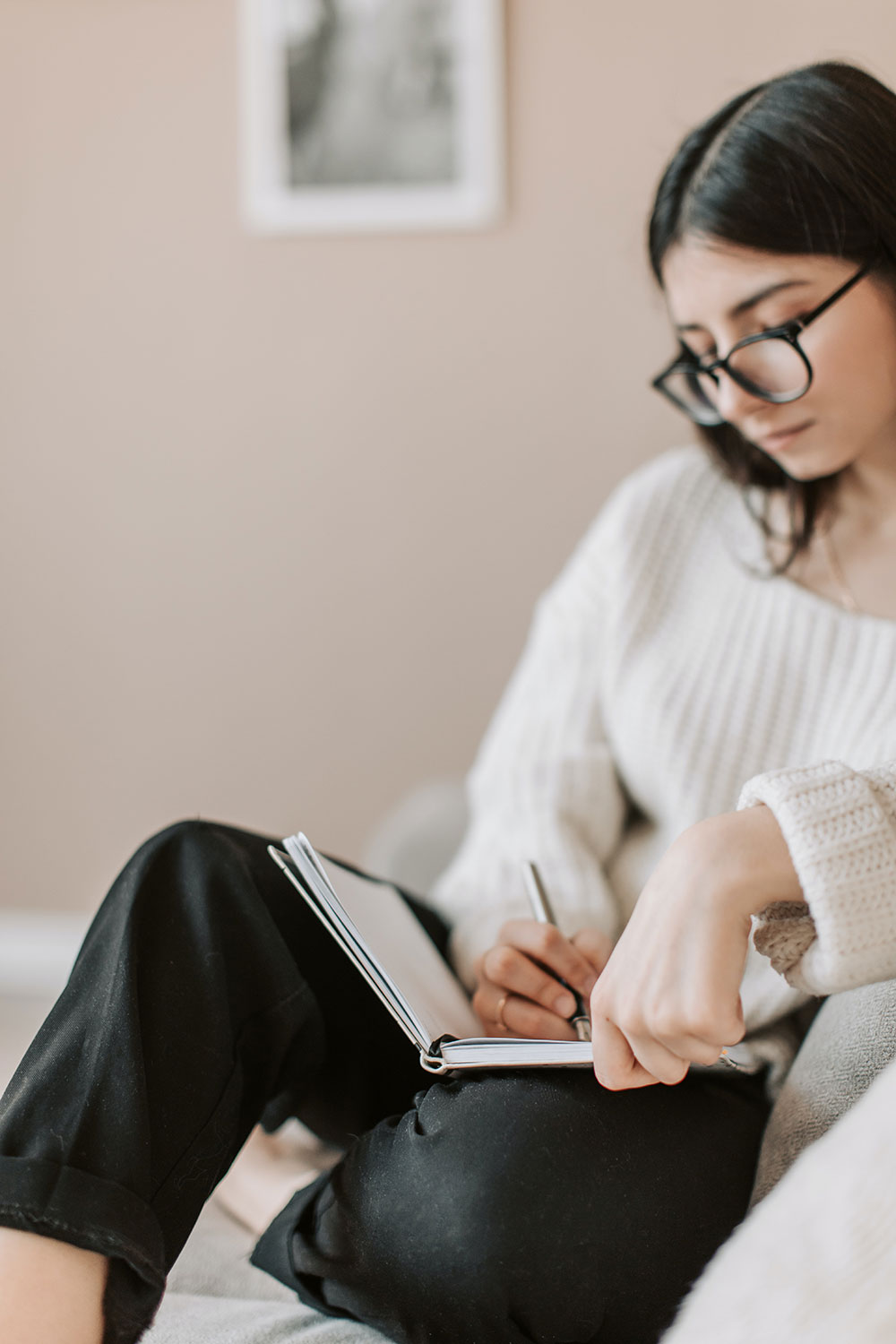 Setting reasonable goals for yourself may be beneficial. This frequently entails reducing commitments wherever possible. Allowing yourself to do less on your worst days may help alleviate the feelings of unnecessary guilt typical in melancholic depression.

Discover the causes and treatments of melancholic depression. Having an awareness of the implications of this type of depression may assist in reducing feelings of hopelessness and avoid self-blaming. Realizing that there are successful therapies available may aid in retaining hope and adhering to the treatment plan.

Melancholic depression can have significant consequences for your job, education, social, and personal life. However, thankfully, there are effective therapies available to assist.  If you are experiencing signs of melancholic depression, consult with your doctor, who can rule out other factors and offer treatment recommendations that will help you restore your stability.