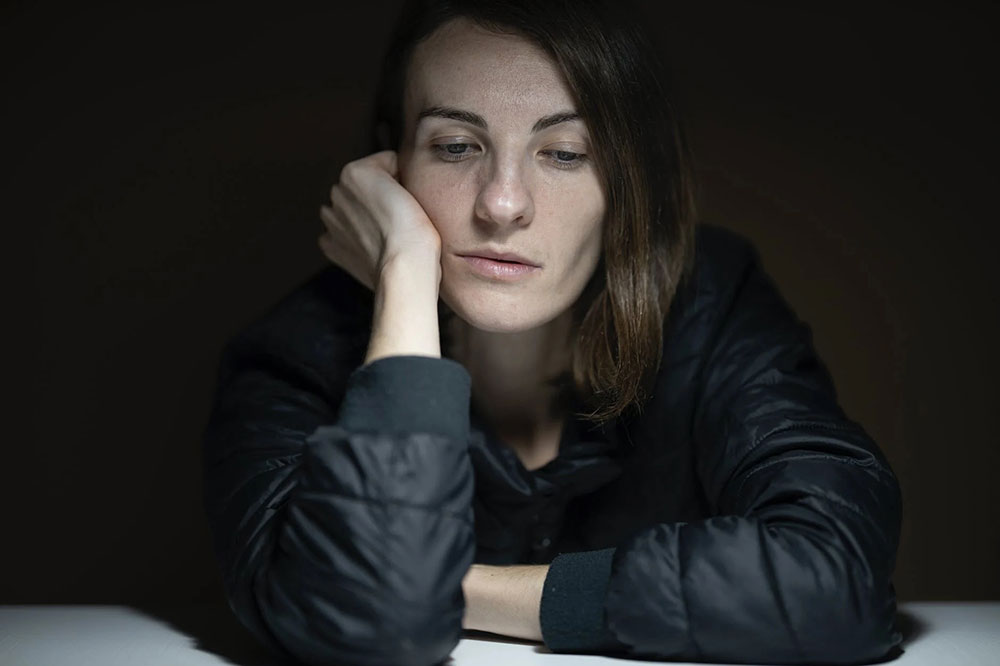 It is natural to feel gloomy now and then, but if you feel sad and miserable all the time and it is impacting your everyday life, you could be suffering from depression. It is a condition that may be treated with medication, talking to a therapist, and making lifestyle changes.

However, before you start looking for ways to treat your depression, you need first to figure out what kind of depression you have. Depression comes in a variety of forms. (1) Some are caused by events in your life, while others are caused by chemical changes in your brain. Situational depression is one of the most prevalent forms of depression. (2)

Although, in psychiatry, this is not a technical term. However, you might be depressed if you are having difficulties coping with a stressful event in your life, such as a family death, divorce, or job loss. This is what your doctor may refer to as stress response syndrome. Psychotherapy can frequently assist you in overcoming a depressive episode brought on by a stressful event which is commonly termed as situational depression.

What is Situational Depression?

Situational depression, also known as adjustment disorder, is a mental illness that is brought on by a stressful event that represents a substantial life transition. A person suffering from situational depression has difficulty coping with or adapting to a specific life experience.

As the name indicates, it is caused by a stressful or painful circumstance. Coping with the death of a loved one, the loss of a career, divorce or a romantic breakup, a severe disease diagnosis, or any other circumstance known to generate extreme stress is an example of this. Though not everyone who goes through a stressful incident will acquire situational depression, individuals who are predisposed to classic depression are more likely to suffer from situational depression while some people are more prone to depression due to their genetics or life experiences following stressful or traumatic situations.

Though adjustment disorder is characterized by mood-related symptoms, it is classified as a kind of trauma or stressor-related illness by the Diagnostic and Statistical Manual of Mental Disorders (DSM-5). (3)

The type of stress that causes situational depression varies from person to person, but the emotional response to the source of stress is out of the ordinary. Symptoms might impede a person’s potential to function daily.

These stressors can vary widely. (5) They might be a singular occurrence, such as a natural disaster or divorce, or they could be an ongoing issue, such as a chronic disease or marital trouble. They can even be regarded as a good occurrence, such as marriage, having a new kid, or starting a new career. However, if the stress of an incident outweighs a person’s ability to cope, it might result in a prolonged condition of depression.

Difference between Situational Depression and Grief

Grief is a natural reaction to loss, whereas depression is a mental illness or mood disorder. Grieving is sometimes defined as a process, and while people advance through the phases of grief at variable intervals, the progression does occur.

The following steps can be used to explain the phases of grief:

Bereavement counseling, hospices, and talking therapies may all assist a person through the grieving process, allowing them to cope with their loss and move on healthily and naturally.

If these negative emotions start to make a person feel as if they cannot cope, or if they cause the person to overlook work, school, or family life, or lose all interest in living a good life altogether, and especially if these feelings last for a prolonged period, they may progress to depression, and the person experiencing them should seek professional help.

When a person cannot cope with stressors, they experience situational depression. Situational depression is usually caused by stress, which can be both positive and negative. Causes might result from a single traumatic incident or a combination of events.

Here are some common stressful situations that might trigger situational depression:

Other common causes that may also contribute to Situational Depression are:

Some medical factors also tend to contribute to situational depression such as:

Situational depression can be brought on by a combination of several causes. A health issue, for example, can lead to financial hardship, and while the individual facing these difficulties may not have been depressed as a result of the health crisis or the money problem alone, the two together might lead to depression.

It is not unusual for some life events to create a chain reaction. A person’s health difficulties may damage their employment chances or deplete their savings; a widow’s financial status or home stability may be hampered by a spouse’s death, and a student athlete’s injury may not only inflict agony but also jeopardize their college ambitions.

Life events do not exist in isolation; they have an impact on other parts of one’s life and can lead to further issues. When difficulties or unpleasant events pile up, it is easy for a person to feel as if their life is out of control and they eventually lose their ability to cope with stress.

Situational depression is divided into various subcategories (13), which include:

People who have been diagnosed with this form of adjustment disorder often feel depressed and hopeless. It is also connected to sobbing. You may also discover that you are no longer interested in things that you once enjoyed.

Feeling overwhelmed, nervous, and concerned are all symptoms of this type of situational depression.  Concentration and memory difficulties are common in people with this condition. This diagnosis is frequently linked to separation anxiety in teenagers from their parents and other loved ones.

Situational Depression with Mixed with Anxiety and Depressed Mood

This type is characterized by the presence of both anxiety and depressed mood symptoms.

Situational Depression with Disturbance of Conduct

This is a frequent kind of depression among teenagers, with predominant symptoms of behavioral issues such as shouting, missing from school, or damaging property.

This kind is characterized by depressed mood and anxiety, as well as to conduct disturbance i.e., behavioral problems.

There are reactions to stressful situations that do not fall into one of the categories listed above. Social retreat or inhibitions to usually expected activities, such as school or job, are examples of reactions. 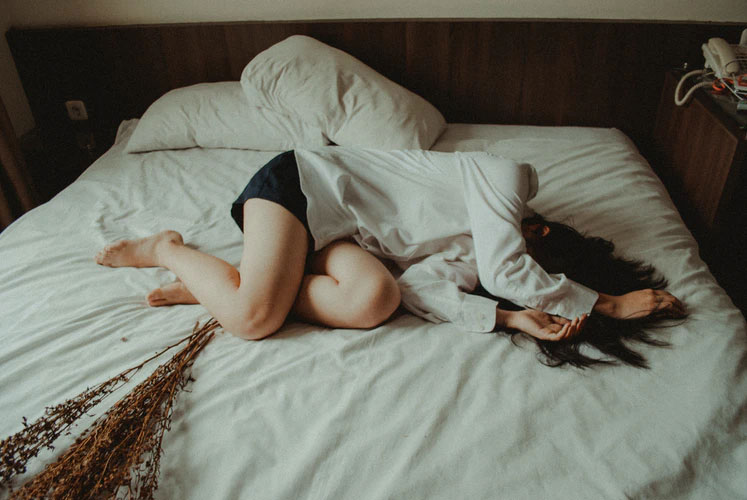 Situational depression is one of the most often diagnosed disorders in clinical practice, although it is understudied and study on it is minimal. Statistics on situational depression reveal that it is highly widespread and affects people of all cultures, genders, and ages. (14)

Situational depression affects 11–18 % of those who go to primary care, and it may be greater or underdiagnosed in other populations. It usually begins as a result of a traumatic incident, such as the death of a loved one or problems with one’s own or a loved one’s health. 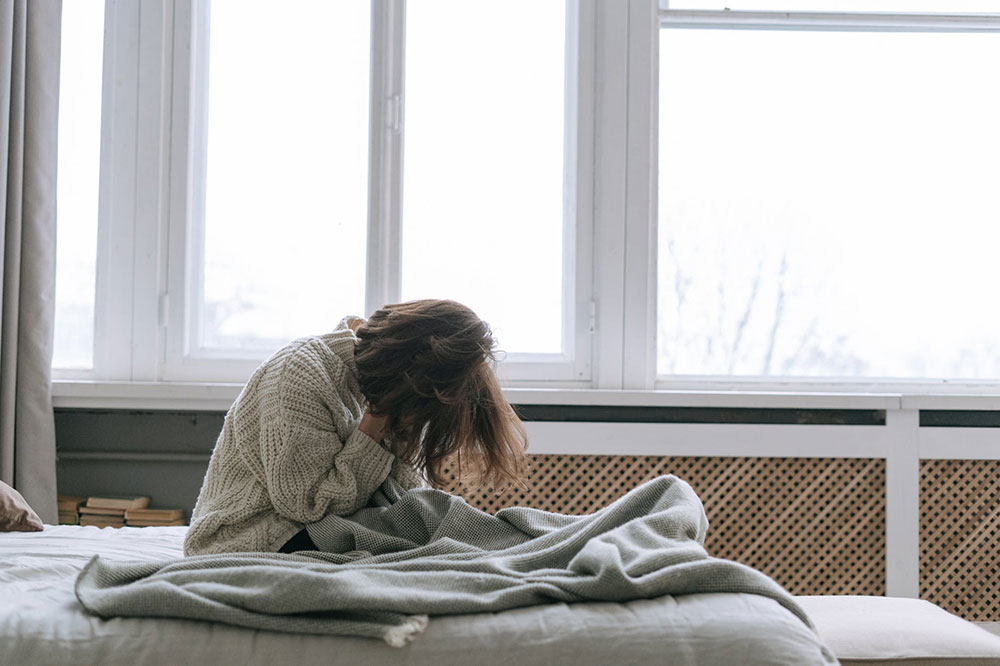 When symptoms of depression appear within three months of a stressful event, are more severe than anticipated, or interfere with the normal activity of daily life, a diagnosis of situational depression is established.

Your doctor may perform several tests to rule out other medical ailments, and you may require a psychological examination to ensure you are not suffering from a more serious condition like post-traumatic stress disorder or other severe forms of depression.

The main goal of treatment for situational depression is to alleviate symptoms. This can be achieved through a variety of therapeutic options, including medication and psychotherapy. Furthermore, lifestyle modifications may aid in the relief of symptoms.

To help you recover from the emotions surrounding the traumatic incident you encountered, your doctor may suggest supportive psychotherapy as the primary treatment for situational depression.

The following are some examples of commonly implemented psychotherapies for situational depression:

There are a variety of lifestyle changes that can aid a person in coping with situational depression, some of which may even assist reduce or minimize symptoms, such as:

Situational depression is short-lived, but that does not imply it should be ignored. Some persons with situational depression have symptoms that last longer than six months. When another emotionally or physically stressful incident happens during the typical healing time, this is very frequent.

If you or a loved one is suffering from situational depression as a result of a serious life event, do not hesitate to seek treatment from a qualified expert who can help you cope effectively with your circumstances and overcome your depression symptoms. It is possible to overcome it with proper awareness, support, appropriate therapy, and a healthy lifestyle.